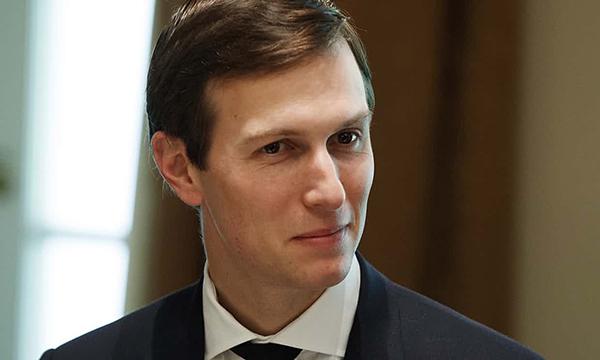 Though the Palestinian Authority has cut ties with the US and Israel over the Trump administration’s plan for Middle East peace, its author has insisted his plan is not dead yet.

Jared Kushner, Donald Trump’s son-in-law, spoke to CNN on Friday for an interview broadcast on Sunday.

Insisting he had made “a real offer on the table to break the logjam”, Kushner said: “What we hope that they’ll do is read the plan.

At an Arab League meeting in Cairo on Saturday, Palestinian president Mahmoud Abbas said he had “informed the Israeli side … that there will be no relations at all with them and the United States including security ties”.

Abbas said he had refused to discuss the peace plan with Trump by phone, or to receive even a copy to study, because he did not want Trump to be able to say he had been consulted.

Kushner’s 180-page plan, three years in the making, was presented at the White House on Tuesday and endorsed by Israeli prime minister Benjamin Netanyahu, who appeared with Trump in Washington.

It calls for the creation of a demilitarised Palestinian state that would exclude Jewish settlements in occupied territory and remain under near-total Israeli security control. The plan also outlines potential economic assistance for Palestinians but places stringent conditions on it achieving statehood.

CNN host Fareed Zakaria pointed to page 34, which “says the predicate condition to a Palestinian state being recognised is that there must be a free press; free elections; guarantees of religious freedom; an independent judiciary; financial institutions that are as good, transparent and as effective as in the western world; and the US and Israel will judge whether the Palestinians have achieved this.”

Suggesting “no Arab country would meet these criteria – certainly not Saudi Arabia or Egypt”, countries with which the Trump administration has “worked very closely”, Zakaria asked: “Isn’t this just a way of telling the Palestinians, you’re never actually going to get a state? Because … effectively it’s a killer amendment.”

Refusing to discuss the comparison with Saudi Arabia, Kushner replied: “So are you saying that we shouldn’t have these criteria?”

The Trump peace plan also proposes US recognition of Israeli settlements on occupied West Bank land and of Jerusalem as Israel’s indivisible capital.

In Cairo, Abbas reiterated his “complete” rejection of the plan, saying: “I will not have it recorded in my history that I sold Jerusalem.”

Kushner called the Palestinian leader “a man who does want peace” but added: “He’s in the 16th year of a four-year term. So it’s not exactly a thriving democracy in that regard.”

Abbas, 84, took office in January 2005. In December 2009 his term was extended until any new elections were held.

Palestinians had to see they had been offered a reasonable deal, Kushner said.

“What they did is they rejected this before it came out,” he said. “They called for a day of rage, and they’re saying, we want a state. But people who are ready to get a state aren’t calling for days of rage and then marching in the street.”

He also said the US had tried to “take a pragmatic approach” to “probably the most complicated problem in the world”.

“We’ve tried to do it differently, and I think that for the first time there’s a real offer on the table to break the logjam. And it’s really up to the Palestinians to see if they have the opportunity to pursue it.”

In Cairo, Arab League foreign ministers said the plan did not meet the minimum aspirations of Palestinians and the League would not cooperate in implementing it.

They also affirmed Palestinian rights to create a state based on land captured and occupied by Israel in the 1967 Middle East war, with East Jerusalem as capital.