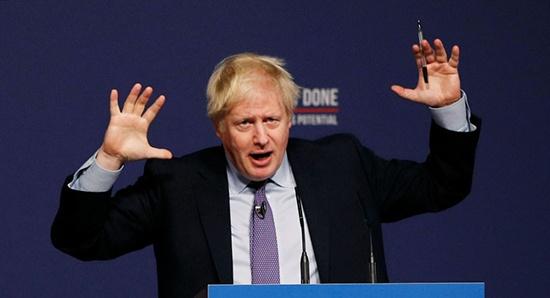 The UK formally left the EU on January 31 and is now in a pre-agreed period of transition during which it is free to open up trade talks with countries around the world.

The word Brexit is “over” and receding behind the UK into history, British Prime Minister Boris Johnson said on Monday in his first major speech since the country formally left the European Union.

The UK formally left the EU on January 31 and is now in a pre-agreed period of transition during which it is free to open up trade talks with countries around the world.

Mr Johnson said Britain’s exit from the 27-member economic bloc meant that it will not be accepting all its rules as it opens up negotiations with countries around the world.

“It’s not banned. It’s just over… it’s gone. I wouldn’t say it’s like the Big Bang or the Norman Conquest. It’s just that it’s receding into history behind us,” said Mr Johnson, when asked why he had not referred to the word “Brexit” even once during the course of the speech at the historic Old Royal Naval College in Greenwich, reflective of Britain’s trading history across its many colonies during the Empire.

“I won’t even mention the name of the controversy except to say that it begins with B. Receding in the past behind us. We have the opportunity, we have the newly recaptured powers, we know where we want to go, and that is out into the world,” he said.

The central theme of his address was to highlight the UK government’s approach to the upcoming negotiations with the EU during the transition period triggered on Friday night and running until the end of December.

Mr Johnson made specific references to the US, Australia, New Zealand, Canada and Japan as the country on top of the list that the UK would be initiating immediate talks for new trading arrangements.

India was not named in this initial list but he stressed that the UK’s Department for International Trade was ready to begin talks simultaneously around the world.

“We are ready for the great multi-dimensional game of chess in which we engage in more than one negotiation at once and we are limbering up to use nerves and muscles and instincts that this country has not had to use for half a century,” he said.