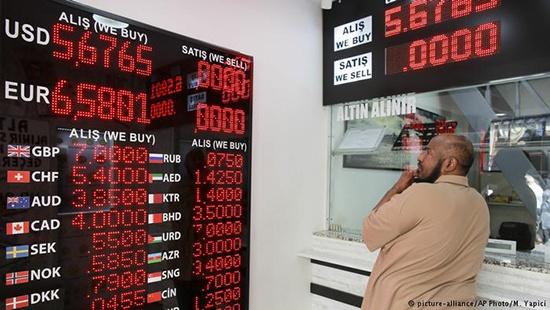 SYDNEY/TOKYO (Reuters) – Asian stocks bounced on Tuesday with Chinese markets reversing some of their previous plunge amid official efforts to calm virus fears, although investor sentiment remained fragile with oil near 13-month lows.

China’s markets steadied in choppy trade after anxiety over the spreading coronavirus erased some $400 billion in market value from Shanghai’s benchmark index on Monday as markets resumed from the Lunar New Year holiday.

Despite the relative market calm on Tuesday, the outbreak continued to generate concerning headlines with Hong Kong reporting its first coronavirus death, the second fatality outside mainland China with the total death toll now 427.

“Chinese authorities have been providing a lot of support for the financial markets. There’s a level of assurance that the rout would not be allowed to go on much further than necessary,” Christy Tan, head of markets strategy for Asia at National Australia Bank in Singapore.

“This could prove to be temporary if we see worse news or little sign of reaching containment of the (coronavirus) situation,” she added.

In an effort to stop the plunge, China’s state-backed Securities Times published an op-ed on Tuesday to call on investors not to panic.

That followed moves by China’s securities regulator on Monday to limit short selling and stop mutual fund managers selling shares unless they face investor redemptions, according to Reuters.

China’s central bank has flooded the economy with cash while trimming some key lending rates, but analysts suspect more will have to be done to offset the economic fallout from the virus.

“Given the extent of the shutdowns in China as well as the rapid rise in the virus that is likely to continue through March or April, a significant hit to China and regional growth is very likely,” said JPMorgan economist Joseph Lupton.

“We would assume that in addition to bridging any funding stresses, fiscal policies will need to be ramped up to support growth once the contagion gets under control.”

European markets were expected to follow suit, with major stock futures STXEc1FDXc1FFIc1 trading up around 0.4-0.5%.

“This is just a typical reversal after a big fall. Vague concerns about Wuhan virus are still weighing on U.S. stocks,” said Masanari Takada, cross asset strategist at Nomura Securities in Tokyo.

U.S. factory activity rebounded in January after contracting for five straight months amid a surge in new orders, offering hope that a prolonged slump in business investment has probably bottomed out.

The upbeat report nudged Treasury yields up from deep lows and gave the U.S. dollar a modest lift.

The offshore yuan gained 0.3% to 6.9935 yuan per dollar CNH=, in line with rebounds in Chinese shares and holding above its one-month low of 7.0230 per dollar hit in European trade on Monday.

In the commodity markets, oil futures staged a modest rebound, one day after slumping to the lowest in more than a year on worries about the impact of the coronavirus on demand for fuel.

A swath of commodities from copper to iron ore joined oil in the dumpster amid fears the drag on Chinese industry and travel would sharply curb demand for fuel and resources.