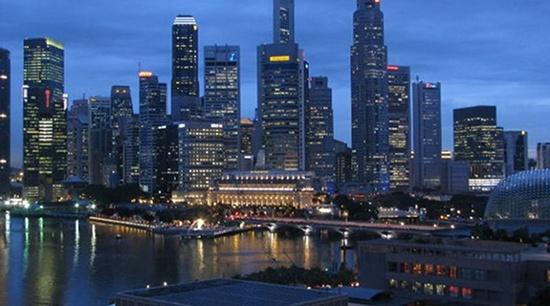 Last week, the UK formally exited the European Union. As it charts a new destiny outside the EU post-Brexit, the domestic debate is whether it should adopt the Singapore model of economic self-reliance. Can ‘Singapore on the Thames’ work?

‘Singapore on the Thames’ has become an unfortunate shorthand for what many Brexiteers laud as a model for Britain’s economy, now that it has formally left the European Union on 31 January 2020. Unfortunate for Singapore because it promotes a flawed view of its economic success and an international image it could do without.

Unfortunate for the United Kingdom because the version of the Singapore model it promotes is both undeliverable and certain to make any trade deal with the EU more difficult, if not impossible, to deliver.

The image of Singapore being promoted is that of a low tax (even tax haven), unregulated, small government laissez faire paradise.

The advocates of ‘Singapore on the Thames’ either ignore or are ignorant of the fact that on top of a relatively low tax rate the Central Provident Fund compels workers and employers to contribute 37% of wages and salaries. It ignores the fact the Singapore Government is a major stakeholder in domestic industries from banking to telecommunications.

Perhaps above all it ignores the inconvenient truth that a key reason for Singapore’s economic success is its role as a major regional trading hub, most of whose domestic goods exports go to the rest of Asia, and its tight linkages with the cross-border supply chains that are the arteries of modern manufacturing.

Brexit, in contrast, threatens to cramp Britain’s trade by impeding businesses’ access to the large single market on its doorstep and disrupting or severing their vital supply chains.

If Singapore’s British admirers were promoting its achievements of efficient modern infrastructure, quality education, stable government and rule of law and a business-friendly environment then Singapore could sit back and accept the compliment. But the vision being promoted damages Singapore’s reputation.

In a world where more and more voices (as diverse as Donald Trump and Angela Merkel) are being raised against ‘unfair competition’, to be perceived as obtaining economic advantage through an inequitable tax regime or weak regulatory standards is extremely damaging.

Indeed, the Singapore-EU Free Trade Agreement (FTA) was almost derailed in the European Parliament where false and inaccurate statements were made about Singapore being a tax haven and having draconian anti-labour laws.

Singapore should invite its British admirers to look more deeply at the source of its economic miracle. They could start as Martin Wolf of the Financial Times did in an article last year (The Brexit delusion of creating Singapore upon Thames, FT 7/2/19) by looking at investment.

He pointed out that one of the explanations for Singapore’s fast growth is that it invests so much. Between 2008 and 2018 it invested an average of 29% of GDP, while the UK invested a mere 17%. This in part explains why Singapore’s infrastructure is exceptional while much of the UK’s has gone to rack and ruin.

Brexiteers who champion the Singapore model might also want to bear in mind that in addition to investment Singapore’s great attraction to global business is its stability and its integration in the ASEAN network and ask themselves how can a Britain, creating massive uncertainty by leaving its regional economic grouping, hope to mirror Singapore’s achievements?

Danger of ‘Singapore on the Thames’ Mantra

The danger for Britain of the ‘Singapore on the Thames’ mantra is not just that its advocates are learning the wrong lessons from Singapore but that the very slogan damages Britain’s image and threatens to vastly complicate trade negotiations between the EU and the UK.

Chancellor Merkel of Germany and President Macron of France have on several occasions expressed concern about the UK slashing taxes and regulations post-Brexit. Statements from leading British politicians have hardly been designed to reassure. Theresa May while she was prime minister promised to “oversee a low tax economy” and slash taxes to the lowest rate in G20.

Her successor Boris Johnson claimed: “Brexit can unite Britain with low tax, low migration economy.” At Davos Sajid Javid, Chancellor of the Exchequer, insisted the UK will not follow EU rules in exchange for better market access. It sparked a massive backlash from business with one trade magazine headline reading “Industry reels as Chancellor tells them to expect post Brexit divergence” (Chemical Watch 23/1/20).

The EU’s reaction was swift. According to the Financial Times (23/1/20) a European diplomat warned that the kind of loose relationship outlined by Javid would cause economic damage. “In the end it is all rather simple: If Britain wants to diverge from EU rules, it will diverge,” the diplomat said. “Such an approach would obviously lead to new trade hurdles between Britain and the EU and in consequence less trade, less investments, less jobs.”

In the political declaration that accompanied the Brexit agreement, the UK and the EU set out an ambitious plan for duty-free and quota-free access to each other’s markets. But with a major proviso. The UK and EU27 agreed to uphold “the common high standards” currently applicable on both sides in the areas of state aid, competition, social and employment standards, environment, climate change and tax.

Brussels has stressed that the greater the UK’s divergence from EU regulations the more distant the two sides’ post-Brexit relationship would become because of the additional barriers that would have to be erected to protect the single market.

Talk of ‘Singapore on the Thames’ does not just make the EU nervous but inclines it to question whether the UK signed up to the political declaration in good faith. As Therese Raphael (Singapore on the Thames Isn’t Going to happen, Bloomberg 15/10/19) put it, “the Singapore bogeyman will be at the centre of any negotiations on a future trade relationship”.

It is understandable, perhaps even admirable, that the UK Government is looking to emulate Singapore’s economic achievements, but it deludes itself if it imagines that a bonfire of EU regulations and slashing taxes equates to the Singapore model.

There will be no quick fix for the UK economy post-Brexit but the lessons from Singapore are clear. Invest in infrastructure, invest in education, keep the economic climate as stable as possible and stay close and connected with your regional neighbours.

*David Martin is a Visiting Senior Fellow with the S. Rajaratnam School of International Studies (RSIS), Nanyang Technological University (NTU), Singapore. The longest serving UK Member of the European Parliament and Professor of Public Policy at the University of Glasgow, he is a member of the First Minister’s Standing Council in Europe which advises the First Minister of Scotland on Brexit and the European Union.