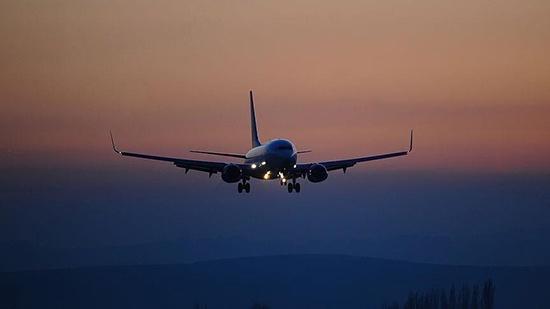 A “green” jet fuel invented by the Nazis for the Luftwaffe air force during World War II may have just found a new purpose in the burgeoning era of flight shaming; but is it commercially viable?

Today, German scientists are working together to take an old Nazi-created kerosene project to make a commercially viable synthetic jet fuel in a move that could very well save airlines from the latest air travel trend – flight shaming.

Of course, Hitler’s 1925 kerosene creation wasn’t the green version – it relied on coal and other fossil fuels to create the kerosene. But today’s version of Hitler’s kerosene project would see this kerosene derived from water.

What’s more, this green version actually pulls carbon dioxide out of the air during the creation process.

If successful, the process could not only put an end to the rising emissions from air travel, but it could also strip away demand for crude oil should the current fossil-fuel based jet fuel be replaced.

The process for making this power-based fuel is called the Fischer-Tropsch synthesis, and it’s being repurposed to fracture water – instead of fossil fuels – into oxygen and hydrogen. Those elements are then combined with carbon. In order for this process to be carbon neutral, the huge amount of electricity required to fracture this water would need to come from renewable sources – a big ask, but one that scientists say is doable, even on a commercial scale.

Yes, the “green” kerosene will still emit carbon when burned in flights. But, the process is neutral, because it grabs carbon dioxide out of the air and recycles it, and doesn’t require crude oil as feedstock. The new feedstock is just water.

German scientists are working on the latest iteration of the process, working under the direction of Bremen University in a project called KEROSyN100.  But the US has hopes to get into the green-jet-fuel game too, and a decade ago, Navy scientists made headway in making jet fuel from seawater. However, they have failed to reach any large scale – yet.

The Navy’s project involved a cell that pulled pure and concentrated carbon dioxide from the seawater – a superior source than the carbon dioxide from flue or stack gases produced from burning fossil fuels. The process also simultaneously produces hydrogen, which helps to recover the CO2. The two gases are slammed together to create fuel. This is the same basic principle as the Heide project.

This unit the Navy was using was able to capture 92% of carbon dioxide from the seawater, where it is 140 times more concentrated than in the air. The energy supplied to the cell went 100% towards making hydrogen – not the extracting process. Then, the gases are converted into olefins using an iron catalyst.

In 2013, the Navy produced one liter of fuel a day this way. Small potatoes, but a success nonetheless. The Naval Research Laboratory hoped the seawater fuel would reach commercial viability in 10 to 15 years. That puts the target between 2023 and 2028.

This newest iteration of “green” jet fuel is being made at Klesch Group’s Heide oil refinery – a refinery that American billionaire Gary Klesch purchased from Royal Dutch Shell in 2010 at a time when oil companies were looking to shed European downstream assets as refining margins shrunk.

At the time of Klesch’s purchase, Heide, a landlocked refinery in Heide Germany near the North Sea, was capable of processing 93,000 barrels of crude oil per day. Banking on downstreams long-term prospects, Klesch snapped up or built multiple refineries around the world, including a 300,000 bpd refinery in Libya. The group’s latest move was a deal in December to take over operations from PDVSA for Venezuela’s Isla refinery in Curacao.

Lufthansa has signed an agreement with the Heide refinery to produce and use this environmentally friendly kerosene, which will be made from surplus wind energy.

In its 2009 project, the US Navy ran into some snags. First, while concentration of carbon dioxide in water is many times greater than that in the air, it’s still a small amount, at just 100 milligrams per liter. To put this into perspective, you would have to process nine million cubic meters (almost 2.4 billion gallons) of water to make just 100,000 gallons of fuel.

Second, the water needs to be pumped into the cell – ostensibly using some form of energy. And if the vessel uses fuel to make that electricity, well, the whole process would be a wash and have no value.

The third hangup was that the process does produce methane. Most of the gas is converted, but some is not.

The fourth hangup is that when the fuel is burned, it does release carbon. The Navy mentioned that this would be a constant state of equilibrium; carbon released into the air before being recycled from the sea again.

The latest project hopes to resolve some of the hangups by using wind energy to power the process.

If the current project to use renewable energy as a means of creating this greener jet fuel is successful on a large scale, mass adoption is a near certainty. While the transportation sector is busy converting ICE vehicles into electric ones to combat climate change, no current alternative to fossil fuel-powered air travel exists. And never has it been more imperative for the transportation sector to figure out how to duck the climate change blow.