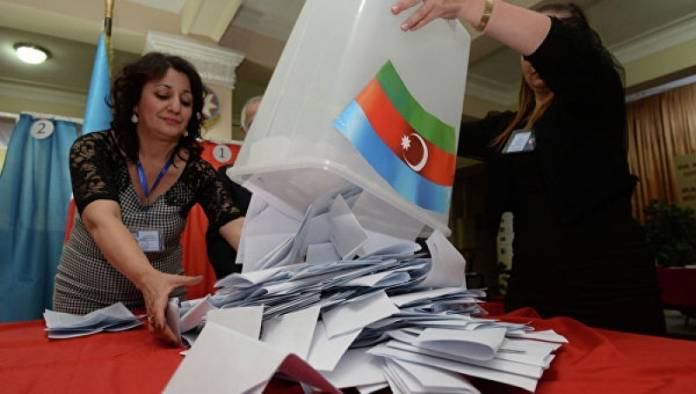 Baku / 10.02.20 / Turan: The ruling New Azerbaijan Party wins again in the parliamentary elections, winning 69 seats. This is evidenced by the results of the Exit-poll conducted by the local League for the Protection of Labor Rights in conjunction with the American organization AJF & Associates Inc.
Independent candidates won 41 seats, the United Azerbaijan party – 3 seats, the Democratic Reforms party – 1 seat, the Great Creation party – 1 seat, the Popular Front of the United Azerbaijan party – 1 seat, the Fatherland party -1 seat, and the Civil Solidarity Party – 3 seats .
According to the Exit-poll data, perhaps the only opposition leader is the representative of the Republican Alternative party, Erkin Gadirli.
Almost all deputies of the previous convocation who participated in the elections, and there were 95 of them, retain their mandates.
At the same time, Faraj Guliyev, who stood at the center of the scandal offering a bribe to his rival Mehman Huseynov to withdraw the candidacy in his favor, lost the election. Education expert Etibar Aliyev wins in this district.