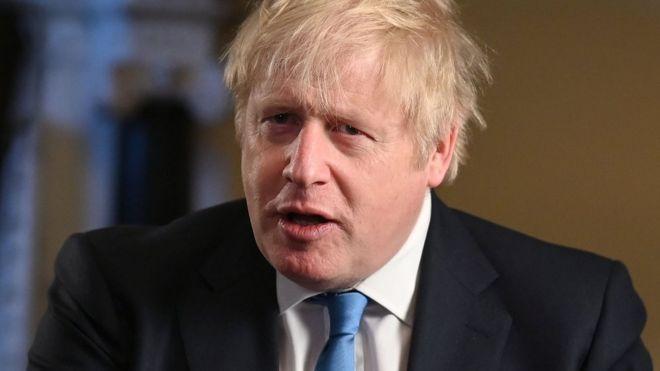 The structural reshuffle has been on everyone’s lips  since Johnson’s overwhelming win in December,  but the scale of it has been played down following speculation of a much wider Cabinet transformation after the general election.

Boris Johnson is expected to add the finishing touches to his updated Cabinet on Thursday, with sources cited by The Telegraph insisting it will be no “revolution” in terms of scale. The reshuffle will reportedly see a number of Remainers promoted at Leavers’ expense, like Geoffrey Cox, Andrea Leadsom, and Theresa Villiers.

For instance, Remain-supporting Chloe Smith has reportedly been tipped for a wider role as Minister for the Union at the Cabinet Office, while Oliver Dowden is expected to run the Digital, Culture, Media and Sport department.

Michael Gove, the Chancellor to the Duchy of Lancaster, is believed, per the British edition, to be in general control of post-Brexit trade talks with the EU at a reshuffled Cabinet Office.

Meanwhile, Environment Secretary Theresa Villiers, is also expected to be sacked, with Home Secretary Priti Patel purportedly remaining the only member of the Cabinet who consistently voted against Theresa May’s Brexit deal.

Devoted Brexiteers including Boris Johnson, Foreign Secretary Dominic Raab, and Commons’ Leader Jacob Rees-Mogg, all backed her deal at the so-called third Meaningful Vote stage last March.”The labels of ‘Leave’ and ‘Remain’ were binned as soon as we got Brexit done – no one mentions them now”, one source was cited by The Telegraph as saying.

Defence Secretary Ben Wallace and Ms Leadsom, the Business Secretary, are both tipped to quit their roles, Liz Truss, the International Trade Secretary, has strengthened her position after she was repeatedly mentioned and quoted by Johnson in his trade speech last week.

The Cabinet reshuffle has been rumoured ever since Johnson won by a landslide in the 12 December general vote.

As the UK braces for stiff trade talks during its 11-month transition period, Michael Gove instructed businesses to prepare for “inevitable” border checks.

He insisted there is no way they can be avoided, as the UK is facing a “significant change”, and stressed the country has enough time to handle it.