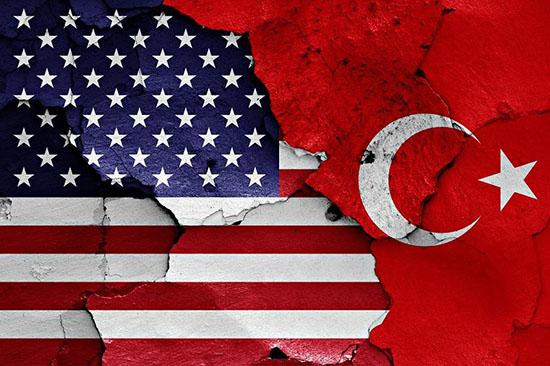 Although there are challenges that cause frictions and disagreements between Turkey and the United States, Washington is committed to resolving the pending issues with its ally, a senior U.S. official has said, underscoring that the Turkish-American strategic alliance is much stronger than any relationship Turkey might have with Russia.

Although describing the Turkish-American relationship as a strategic one with continued engagement on key issues, the official admitted that there are disagreements between the two. “That’s normal. But fundamentally at the core, the U.S. and Turkey interests are considerably overlapped. That’s certainly true with respect to Syria, with respect to Iraq and to Libya,” the official said.

The frequency of the Turkish-American dialogue has visibly increased in the past week after the Syrian regime, backed by Russia, has intensified its offensive in Idlib and killed 13 Turkish soldiers and one civilian. The changing circumstances in Syria have paved the way for two allies to find a new common to fix the broken ties.

One of the challenges in front of rehabilitating the bilateral ties is Turkey’s purchase and deployment of the S-400 air defense systems from Russia, which triggered sanctions from the U.S., including blocking the delivery of F-35 aircrafts to Turkey.

“This remains as a significant concern,” the official said, recalling the reservations and concerns expressed by a number of congressmen as well as the administration on S-400 deployment.

There is no decision for setting up a committee to explore whether the S-400 and F-35s can co-exist, the official recalled, saying, “These systems are fundamentally incompatible. They cannot co-exist. The U.S. has been unambiguously clear from the very beginning. So, we are hopeful that our partners are prepared to sit down with us and discuss a resolution to this. But it cannot be predicated on the idea that we are looking for a way to integrate the S-400 with F-35s.”

The U.S. expectation from Turkey is not to make the S-400s operational as was suggested by Mike Pompeo, the Secretary of State, the official stated, “An operational S-400 and an operational F-35 are fundamentally at odds with each other and incompatible.” The official also stated that Turkey’s purchase of Patriot air defense systems would also be very difficult without an agreement that covers the U.S. concerns on the S-400s.

The resolution of the S-400 problem would also help the two countries’ joint effort to increase the trade volume to $100 billion, the official said.

“It would be much, much easier to approach a number like that if we can resolve the S-400 issue and make it possible for the F35s to be solved and to deepen and to strengthen our partnership in the defense and security sector the way the U.S. would like to,” the official said.

On questions whether Turkey is now quitting its cooperation with Russia and approaching its NATO allies after it has been strongly criticized for a shift in its foreign policy, the official stressed that the “U.S. has never questioned Turkey’s role in the NATO alliance.”

“Turkey is an ally and NATO partner and we value that aspect of our relationship. I am not going to analyze the Turkish policy. But what I will do is to underscore how important to us that U.S.-Turkey relationship remains strong, important and vibrant,” the official stated.

The fundamentals of the Turkish-American strategic alliance are much “stronger that any relationship Turkey might have with Russia,” said the official.

The official has also expressed opinions on how the cooperation between Turkey and Russia would evolve in the coming period given the messy situation in Idlib province of Syria.

“I don’t think cooperating with Moscow is ever sustainable over the long term. Their engagements, agreements are entirely tactical. Over the long term, Turkish and Russian interests are not the same. Tension will continue to resurface,” the U.S. official predicted.

The Turkish and Russian interests are not overlapping at the strategic level and this is very clearly in both Libya and Syria theaters. “It’s very clear in Idlib where Russians are backing the Syrian offensive that is taking the lives of Turkish troops,” the official said.

When the growing nature of Turkish-Russian economic, energy, tourism and defense industry relations are recalled, the official said, “You know, you can paper over all these differences when you are looking at things like tourism and tomatoes. But, fundamentally, these strategic differences are going to constantly reassert themselves in the relationship and those tensions will manifest themselves.”

The official also commented on a tweet by the Russian Embassy in Ankara that illustrated the U.S. relationship with the YPG in eastern Syria and Turkey’s anger about that. According to the official, this Twitter message is an effort to distract the attention from the fact that the Russians are backing the Syrian regime’s offensive in Idlib that has already killed 14 Turkish nationals.

“We should not allow ourselves to be fooled by such kind of a game. Russians’ activities and operations in Idlib are fundamentally at odds with Turkish interests and at odds with the U.S. interests,” the official stated.