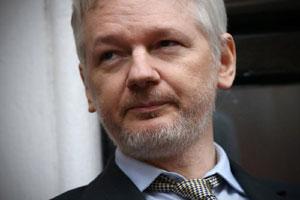 Doctors for Assange have launched a new campaign to get proper medical treatment for the imprisoned WikiLeaks journalist by publishing a letter in Britain’s leading medical journal.

A copy of the letter has been sent to the Australian Minister for Foreign Affairs, Marise Payne. This follows the doctors’ earlier letter of December 16 2019, calling on Minister Payne to bring Julian Assange home to Australia for urgent medical care. A copy has also been sent to the UK Government, which the doctors accuse of violating Julian Assange’s human right to health. In a covering note to Marise Payne the doctors urged the Minister to “act decisively now” to remove Mr Assange from Belmarsh prison, before it is too late.

The Lancet letter affirms the alarm raised by UN Special Rapporteur on Torture, Nils Melzer, and several specialists in the field, that Mr. Assange is in a dire state of health due to the effects of prolonged psychological torture in both the Ecuadorian embassy and Belmarsh Prison, where he has been arbitrarily detained according to the UN Working Group on Arbitrary Detention.

“Should Assange die in a UK prison, as the UN Special Rapporteur on Torture has warned”, the letter states, “he will have effectively been tortured to death. Much of that torture will have taken place in a prison medical ward, on doctors’ watch. The medical profession cannot afford to stand silently by, on the wrong side of torture and the wrong side of history, while such a travesty unfolds”.

The letter continues, “We condemn the torture of Assange. We condemn the denial of his fundamental right to appropriate healthcare. We condemn the violations of his right to doctor-patient confidentiality. Politics cannot be allowed to interfere with the right to health and the practice of medicine. In the experience of UN Special Rapporteur on Torture, Nils Melzer, the scale of state interference is without precedent.

“Since doctors first began assessing Mr. Assange in the Ecuadorian Embassy in 2015, expert medical opinion and doctors’ urgent recommendations have been consistently ignored.

“This politicisation of foundational medical principles is of grave concern to us, as it carries implications beyond the case of Julian Assange. Abuse by politically motivated medical neglect sets a dangerous precedent, ultimately undermining our profession’s impartiality, commitment to health for all, and obligation to do no harm. Our appeals are simple: we are calling upon governments to end the torture of Mr. Assange and ensure his access to the best available healthcare, before it is too late. Our request to others is this: please join us.” https://doctorsassange.org