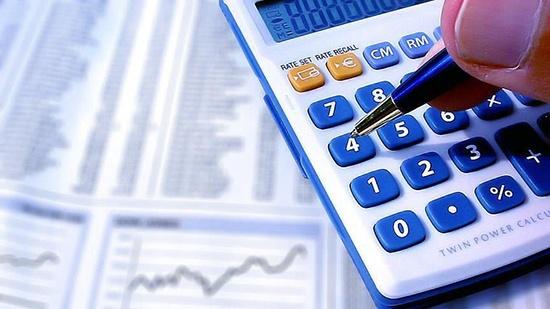 Not too long ago, green investing was associated with a warm moral glow, but it wasn’t mainstream–not by a long shot. Increasing climate awareness, a growing shift in policy, and investors demanding socially and environmentally conscious options is transforming this, however, and while it still may not be mainstream, it’s working rather quickly toward mega-trend status.

It’s called ESG (environmental, social, and governance) investing, and since its launch in 2007, it’s gone from a nice-to-have to a must-have in the hedge fund industry.

Today, ESG ETFs represent $52 billion of the $6 trillion global assets under management (AUM) in the ETF market as per ETFGI data, and it’s not just about the potential returns. Primarily, it’s driven by consumer demand tangibly outpacing the market.

A survey by the Alternative Investment Management Association (AIMA) and KPMG of hedge fund managers and long-only managers and 135 institutional investors with total AUM of $6.25 trillion across 13 countries found that 84% of managers reported an increased interest in ESG-orientated funds and strategies over the last 12 months.

ESG investors appear willing to sacrifice growth and returns in order to champion the noble goal of ameliorating climate change.

An interesting study by Augustin Landier of HEC Paris Business School, Jean-François Bonnefon of Toulouse School of Economics, and Parinitha Sastry and David Thesmar of MIT Sloan, showed that investors are willing to pay $0.7 more for a share in a company giving one more dollar per share to charity.

The same study also revealed that firms exercising a negative social impact were valued at $0.9 less per share than those considered socially “neutral.”

But green investing can be a money-spinner, too.

A 2012 study of 131 green mutual funds by academics at Missouri University concluded that they underperformed traditional funds on a risk-adjusted basis.

Meanwhile, green bonds, erstwhile beloved for their double-digit yields due to their perception as being wildly risky, are falling out of favor. These vintage bonds have seen their yields drop over the years culminating in the shuttering of French investment group, Finance Corporation and Amundi, a $2-billion green-bond fund and the largest in its class last year.

Nevertheless, the performance of green mutual funds has been steadily improving, and many now are able to generate decent returns. In fact, there’s now a class of green investments that are expected to produce commercially acceptable returns as the criteria of what qualifies as a green investment has become a lot more variable over the years than simply solar panels and renewable energy.

During his illustrious career, Al Gore has worn many caps: Clinton’s sidekick, American vice-president, documentary film producer, and a vocal environmental activist. But now he sports a new one: boundary-busting green investor. Sixteen years ago, Gore teamed up with Goldman Sachs alumnus David Blood to create a London-based green investment fund known simply as Generation. Although Gore remains the firm’s titular head, the fund is actually run by conventional asset managers. Generation has managed to rack up annualized returns in the low teens net of fees, easily besting most fund managers and quietly amassing nearly $20 billion in assets.

Failing to up your ante in the business of creating a healthier, non-toxic environment can become a deal breaker for some.

Bank of Italy plans to adopt an investment criteria that will reward companies that are taking action on climate change across its portfolio of $8 billion in shareholdings beginning end-June, then later extend the program to a billion euros in corporate bond holdings . The bank is a member of the Network for Greening the Financial System, a global organization that views climate change as a major challenge to financial stability.

The Bank of Italy has ambitious targets for companies in its portfolio to lower greenhouse gas emissions by 23 percent while trimming water and energy consumption by 17 percent and 30 percent, respectively. The criteria will exclude firms that fail to adopt U.N. principles on human rights, labor, the environment, and anti-corruption.

Meanwhile, the European Central Bank (ECB) is among the largest green investors. In a speech last year, Benoît Cœuré, member of the ECB’s executive board, revealed that the bank owned about a quarter of green public bonds which totaled €48bn and a quarter of green corporate bonds. These holdings mirror the banks ownership across bonds markets estimated at €2.5tn.

The bank says it followed principles of market neutrality when purchasing the bonds, meaning they were not bought with the express intention to boost the green financial market–though of course they did have that effect.