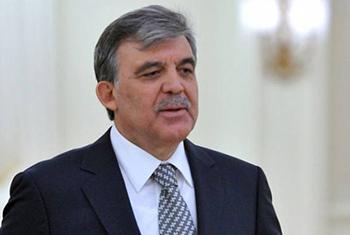 Abdullah Gül, a founding member of Turkey’s ruling Justice and Development Party (AKP) and the predecessor as president to Recep Tayyip Erdoğan, spoke out against the executive presidential system in rare public criticism from a man sometimes tipped as a potential challenger to his former political ally.

Gül served in the largely ceremonial post of president from 2007 to 2014, while his close ally, Erdoğan, was prime minister, and before that as widely respected foreign minister.

But after Erdoğan took over as president and steered Turkey towards a system in which the president has wide-ranging executive powers, Gül has largely stepped back from frontline politics, though analysts say he has been unhappy with the country’s political direction. Some have meanwhile pointed to Gül as someone who could unite Erdoğan’s disparate opponents.

“I said the parliamentary system is more accurate for Turkey even while I was the president. My choice is for a fully democratic parliamentary system. Parliament has never been this insignificant until today. Turkey feels the absence of it,” Gül said in an interview with Karar newspaper published on Tuesday.

Turkey voted to move to the new system in a referendum in 2017, which was held during a period of emergency rule following a failed coup attempt in July 2016. The new system did away with the position of prime minister and allowed Erdoğan to pass laws by decree and tied key institutions, as well as much financial control, to the presidency.

Erdoğan’s Islamist party maintains that the new system allows for the smoother running of government, but critics say it has emasculated parliament and ushered in one-man rule.

The United States opposes the S-400 deal since the Russian system is not compatible with NATO systems and due to fears that if the Turkish military operated both the missiles, it would allow Russia to glean sensitive information about the defences of NATO’s advanced fighter jets.

The former president said Turkey’s S-400 acquisition could undermine the power of its army, the second largest in NATO after that of the United States.

“Because ultimately all the standards of the Turkish Armed Forces (TSK), everything from its air force to ground forces is at NATO standards. The strength of the TSK comes from that,” Gül said.

Turkish defence officials and diplomats should have seen that a country could not have both Russian missiles and aircraft developed to bypass that defence system at the same time, he said.