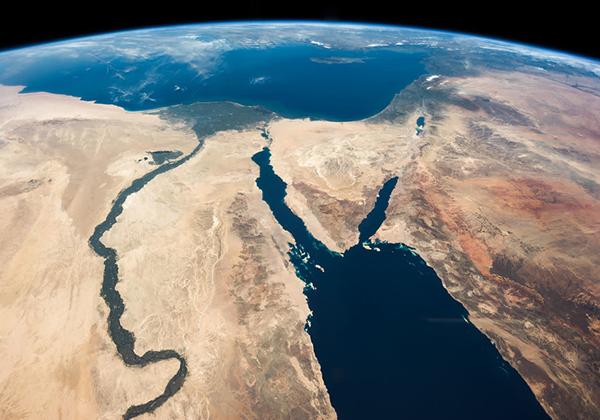 A Dubai-based operator of ports and terminals around the world is returning to full state ownership with a proposed transaction and a subsequent delisting from Nasdaq Dubai.

This could be one of the latest signs that the oil-rich countries in the Middle East are still struggling to shore up budgets and finances in the aftermath of the 2014 oil price crash.

Under the proposed deal, global ports operator DP World will be delisted from Nasdaq Dubai after Port & Free Zone World (PFZW), a subsidiary of state-controlled Dubai World, buys nearly 20 percent of DP World’s shares it does not already own. DP World will become indirectly fully owned by the government of Dubai and will help the emirate’s investment vehicle Dubai World to repay some borrowings to its lenders.

“In the context of the planned delisting of DP World, a payment of US$5.15 billion is required from PFZW to Dubai World to assist Dubai World in discharging its outstanding obligations to its commercial bank lenders, so that DP World can implement its strategy without any restrictions from Dubai World’s creditors,” DP World said on Monday.

DP World’s Debt Will Grow in the Short Term

While the company wants to free itself from the shackles of demanding public markets, it will take on a lot of debt in the transaction in the short term, which prompted rating agencies Moody’s and Fitch Ratings to place DP World’s ratings under review for possible downgrades.

As per Fitch, DP World is the world’s fifth-largest container port operator by gross throughput, operating directly or via joint ventures, a portfolio of over 150 operations in more than 45 countries.

The planned delisting of DP World comes at a time when Dubai’s economic growth has slowed down since the 2014 oil price crash.

“The slowdown could be due to a combination of external factors such as the trade dispute between China and the US, economic instability among neighbouring countries and domestic issues such as the imposition of VAT across the UAE,” the Dubai government said in its Dubai Economic Report 2019.

Despite a recovery in oil prices in 2018, Dubai’s economic growth has failed to accelerate. In early 2019, businesses across Dubai were not optimistic about a major rebound in economic growth, entrepreneurs told FT’s Simeon Kerr.

Dubai’s economy is not directly dependent on oil, unlike the economy of Abu Dhabi, the other most famous and important emirate in the seven-emirate-strong United Arab Emirates (UAE).

Dubai has for years relied on luxury real estate, tourism, logistics, and financial services for revenues, rather than on oil, which, truth be told, is not abundant in Dubai as is in and offshore Abu Dhabi.

Dubai Is Not as Insulated from Oil Prices As It Seems

However, as a financial, logistics, and tourism hotspot and hub in the region, Dubai’s economy suffers indirectly when petrodollars in the Middle East are fewer, and when the Persian Gulf governments start imposing taxes, often dampening consumer spending, in an effort to patch up coffers depleted after the oil price crash. The frequent geopolitical flare-ups in the region also weigh on investor and consumer sentiment, and add to global trends that constrain Dubai’s economic growth despite the fact that direct oil income is not the emirate’s main source of revenue.

During the 2008-2009 global financial crisis, it was oil-rich Abu Dhabi that came to the rescue of the state investment firm Dubai World to help it pay debt maturities. This kind of government-to-government bailout highlighted the fact that a diversified services-oriented economy like Dubai needed the petrodollars of the oil-rich Abu Dhabi to prevent debt defaults of some of its state-controlled companies during the financial crisis.

But if the UAE and its neighbors in the Gulf were to meet a world of peak oil demand unscathed, they would need much deeper and urgent reforms in their economies, sources of revenues, and the way they are spending in order to preserve their net financial wealth over the next two decades, the International Monetary Fund (IMF) said in a recent report.

At the current pace of reforms, income, and spending, the six oil producers of the Gulf Cooperation Council (GCC)—Bahrain, Kuwait, Oman, Qatar, Saudi Arabia, and the UAE—will see their current combined US$2-trillion wealth wiped out by 2034, if they do not significantly accelerate fiscal reforms and raise their non-oil revenues and non-oil share of their respective economies, the IMF warned earlier this month.

Dubai may be a shining example of a diversified economy in the heart of the oil-rich Middle East, but when neighboring oil-dependent economies suffer, Dubai’s growth also slows down. The region is and will continue to be dependent on oil, and when oil prices falter, the oil-addicted Middle East will continue to struggle to patch up government budgets.