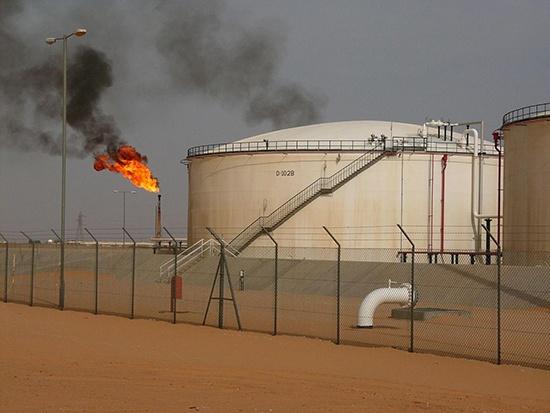 Offloading operations for fuel vessels in a port in Tripoli have been halted, Libya’s National Oil Corporation (NOC) announced on Tuesday, according to Reuters, as military forces led by Khalifa Haftar were responsible for projectiles striking near a highly explosive LPG tanker.

“Fuel vessels have evacuated urgently from Tripoli port today after projectiles struck meters away from a liquified petroleum gas (LPG) tanker discharging in the port,” a statement on NOC’s website read.

The LPG tanker and a gasoline tanker have since left the port and relocated to safer waters.

NOC is now looking for alternative ways to supply fuel to its capital.

Haftar forces said earlier in the day that they attacked a sea port in Tripoli as the violence escalates and the timing of getting its oil industry back on its feet in doubt. The total losses so far resulting from the mess that is the current blockade of oil ports and oil pipelines is in excess of US$1.7 billion, with production below 125,000 bpd, according to NOC—a figure that is a far cry from the 1.2 million bpd Libya was producing in early January.

The blockade is the latest in the long-hard fight for control of the country and its oil revenues between the Libyan National Army, affiliated with the eastern government, and the Government of National Accord, which has been recognized by the UN. All oil revenues go into accounts controlled by the GNA and NOC, but the LNA is looking to change that with the blockade.

Yesterday, the Prime Minister of the UN-recognized Government of National Accord said that Libya is facing a financial disaster if Haftar’s Libyan National Army does not lift the oil port blockade.

NOC’s chairman Mustafa Sanalla warned that if the blockade is not soon lifted, Libya could lose all of its oil production.