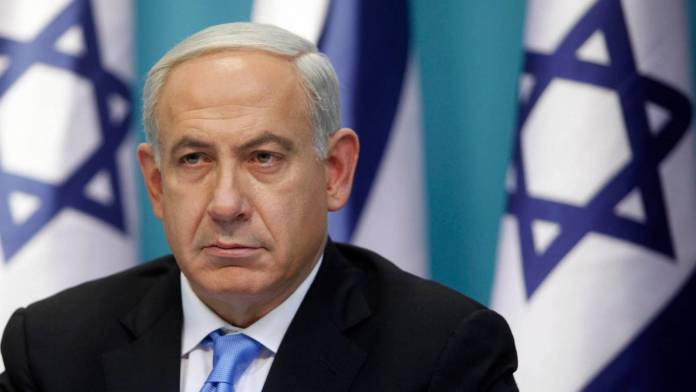 Gantz: Netanyahu cannot take care of citizens, he cares only about himself

Prime Minister Benjamin Netanyahu’s trial will begin March 17 in the Jerusalem District Court, the Court Spokesman’s Office announced Tuesday.
A three-judge panel for the public-corruption trial – Rivka Friedman-Feldman, Moshe Bar-Am and Oded Shaham – was announced on February 12. A decision on the opening date for the trial and for the panel had been stalled since the indictment against Netanyahu was filed on January 28.
Although there was initially greater potential for the trial to open before the March 2 election, it eventually became clear that the court wanted the trial opening postponed until after Election Day.
Netanyahu became the first sitting prime minister to be indicted when Attorney-General Avichai Mandelblit on January 28 filed an indictment with the Jerusalem District Court against him for bribery, fraud and breach of trust, just hours after Netanyahu withdrew his immunity request.
Mandelblit announced his final indictment on November 21 but could not file it with the courts until the immunity request process was concluded.
The two-month delay in filing the indictment came from Netanyahu’s unusual request for immunity (which most ministers have not requested) and the fact that the Knesset has been out of session for an extended period.
Hours after announcing the indictment, Mandelblit said in a speech it was personally sad for him to indict Netanyahu, who he greatly admires in terms of talents, but that he was obligated by the law to do so.
The attorney-general ultimately indicted Netanyahu for bribery in Case 4000, the “Bezeq-Walla Affair,” for breach of public trust in Case 1000, the “Illegal Gifts Affair,” and for breach of public trust in Case 2000, the “Yediot Aharonot-Israel Hayom Affair.”
In Case 4000, Netanyahu is accused of involvement in a media bribery scheme in which Walla! owner Shaul Elovitch allegedly gave him positive coverage in exchange for Netanyahu making government policies that could be worth about NIS 1.8 billion to Elovitch’s Bezeq.
This is the hardest case for Netanyahu, since he faces accusations by two close former aides turned state witnesses, Shlomo Filber and Nir Hefetz.
In Case 1000, Netanyahu is accused of receiving hundreds of thousands of shekels in gifts from rich tycoons, mostly from Arnon Milchin, in exchange for a variety of help with business and personal legal initiatives. The charge itself is for acting in situations in which the prime minister had a conflict of interest, since no actual quid pro quo can be proven.
In Case 2000, Netanyahu was accused of working with Yediot and Israel Hayom to reduce the latter’s competition with Yediot in exchange for positive coverage for Netanyahu. The deal never went through, but the law has crimes of attempted bribery and breach of trust that can apply even if a deal does not go through. Mandelblit was never a fan of Case 2000 but decided he needed to charge Netanyahu with something once Yediot owner Arnon Noni Mozes was indicted with bribery.
Blue and White leader Benny Gantz reacted to the announcement of Netanyahu’s trial date by calling it a sad day for Israel and its citizens.
“On March 17, Netanyahu will lose his mandate and his trial will begin,” he said at a rally in Rehovot. “Netanyahu will deal only with himself. He cannot take care of the citizens of Israel.”
Gantz said as a former IDF chief of staff, he knows how important it is for a prime minister to be available at all times.
“Do you want a prime minister who goes on trial?” he asked the crowd. “Netanyahu will go on trial and we will take over.”
Netanyahu, speaking on a Facebook live post, responded to Gantz, saying: “I heard Gantz talk about a sad day for Israel. It will be a sad day for Israel if Gantz forms a government with [Joint List faction head] Ahmad Tibi.”
Later on Tuesday, in an interview to Channel 20, Netanyahu invited Gantz to a one-on-one debate.
“Let’s have a televised debate,” he said. “We’ll talk to the public without teleprompters,” he added.
Gil Hoffman contributed to this report.