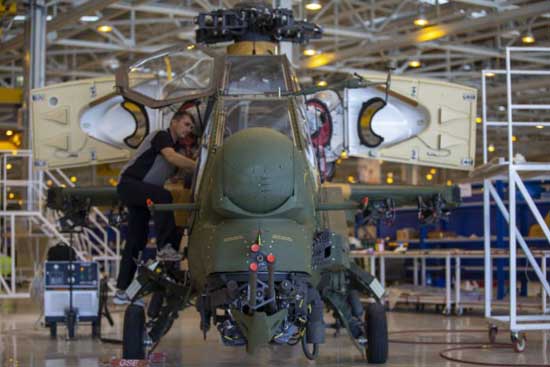 Turkey is slated to pursue an ambitious procurement plan for 2020 as the country recovers from an economic crisis in 2018 and the government spends money fighting wars on multiple fronts, including Iraq and Syria, the Ahval news website reported, citing Defense News.

The Akıncı, an attack drone built by Turkish aircraft manufacturer Baykar, will be delivered to the military at the end of 2020, according to the Presidency of Defense Industry (SSB).

Turkey is also waiting on the delivery of the Kargu-2 kamikaze drone, according to the SSB.

The Turkish government will acquire a total of 356 Kargu-2 drones according to a contract with defense engineering consultancy STM, it said.

The STM is also set to deliver the Alpagu, a fixed-wing, autonomous tactical attack drone, Defense News said, on which Turkey would largely rely on for its warfare against Kurdish militants in the southeast of the country.

Turkey will also sign a contract for the production of cargo drones this year, the SSB said.

Turkey has laid out ambitious targets and strategies for its defense industry, with defense and aerospace turnover planned to reach $26.9 billion in 2023, the centennial of the republic, from $6.7 billion in 2018.