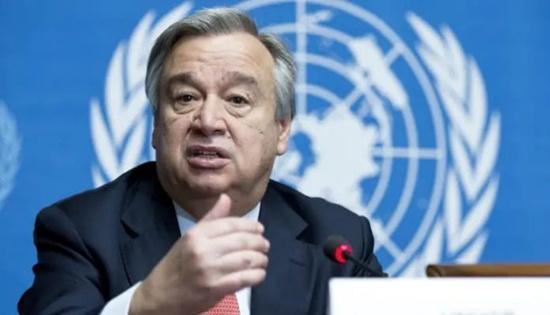 The UN secretary-general on Tuesday called for an immediate cease-fire in Syria, urging Turkey, Russia and Iran to find a political solution.

In an interview with The Associated Press, Antonio Guterres decried the horrors of Syria’s 9-year-old civil war.

UN humanitarian chief Mark Lowcock has warned that the most recent exodus of refugees there — nearing 900,000 people fleeing fighting in the northwest Idlib region — risks being the biggest humanitarian disaster of the 21st century.

Syrian President Bashar al-Assad has, however, vowed to fight rebels in the country to the bitter end. Backed by Iran and Russia, his forces are making rapid progress against the last rebel-held enclaves in northern Syria. Turkey backs opposition fighters there and has sent troops in to try to stop the Syrian advance.

Some 3 million Syrian civilians are sheltering in those last rebel-held areas, and many of them have been forced out into makeshift shelters and camps amid harsh winter conditions.

The suffering of Syrians is horrible, Guterres said.