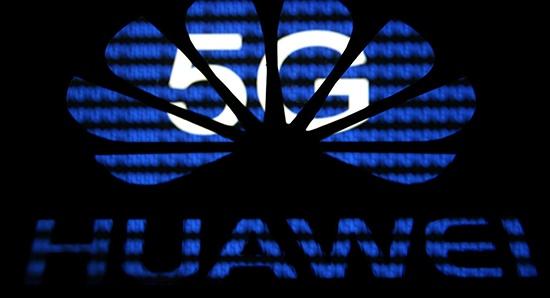 As Washington has long maintained that Huawei presents a national security risk, something that the tech giant has vehemently denied – there has been a chorus of voices in the US urging other countries to find alternatives to the Chinese tech giant’s networking equipment.

Washington’s plans to come up with a 5G rival to China’s Huawei could be a “challenge,” according to one of the tech giant’s top executives, Paul Scanlan.

When asked in a CNBC interview if the US could conceive a new alternative to Huawei within a relatively short period of time, the chief technology officer of Huawei’s networking business explained that it had taken about ten years to develop both the technical standards and practical implementation of 5G, adding:

“So the US will do what the US does … that’s a very very long game and that has its own sort of complexity built into (it) and Huawei has been addressing and looking at those things ourselves.”

Asked about work currently underway on creating an open source 5G architecture, allowing for new players to foray into the networking equipment contest for specific components rather than competing with Huawei in overall architecture, the expert said:

“They don’t have that sort of collective group nor the standards … you know there’s a lot of complexity in there. That doesn’t mean it can’t happen and it won’t happen but the one key thing is perhaps the US has … under-invested in this area of technology.”

Scanlan also touched upon the idea floated by US Attorney General William Barr early in February for the government to take a controlling stake in Finland’s Nokia and Sweden’s Ericsson to “blunt” China-based Huawei’s “drive to domination” in next-generation 5G wireless technology.

“I don’t know if it’s a good thing or a bad thing or if it’s practical even,” said Paul Scanlan.

The news comes amid mounting calls from US lawmakers to seek alternatives for its next-generation mobile infrastructure networks that carry with them the promise of super-fast data speeds.

Larry Kudlow, the White House’s economic advisor, said in an interview with the Wall Street Journal on 4 February that the “big-picture concept is to have all of the US 5G architecture and infrastructure done by American firms, principally,” adding that Ericsson and Nokia could be a part of the process.

Earlier, Republican Sen. Marco Rubio and a group of bipartisan lawmakers introduced a bill “providing over $1 billion to invest in Western-based alternatives to Chinese equipment providers Huawei and ZTE,” and called for the government to back an open source 5G architecture.

The Trump administration has been accelerating efforts to wean US companies off the Chinese tech juggernaut, which is the world’s leading telecom hardware provider.

Since President Donald Trump took office in early 2017, the White House has had Huawei in its crosshairs over alleged security concerns.

Washington has long maintained that Beijing could use the company’s equipment for espionage purposes – something that both Beijing and Huawei have repeatedly denied.