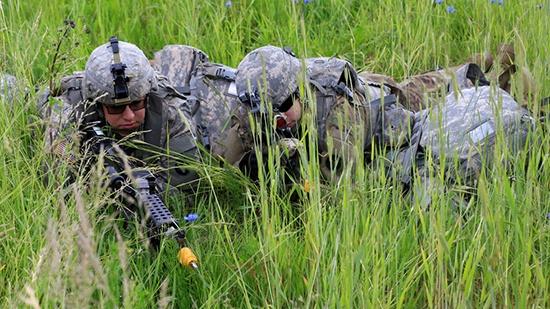 Though toilets and showers will still be separate for women and men.

Women and men are to be accommodated in shared cottages, the Finnish Ministry of Defence has announced.

According to the Defence Ministry’s recent regulation, which enters into force on 1 April (not an April Fools’ joke, mind you), a joint accommodation attempt will be carried out in 2020 and 2021. The idea of a test run is to see how the cohesion of the unit is affected by the experiment, the newspaper Hufvudstadsbladet reported.

During the trial, male and female conscripts who have given their consent to joint accommodation in the same premises will be co-housed by their respective units. The goal is to accommodate as many men and women in the common barracks.

So far, the trial only applies to the barracks. For example, the toilets and showers will still be separate for women and men. Accommodation arrangements during field exercises and ship service won’t be affected by the experiment.

The Armed Forces will make sure that security and personal integrity are maintained by educating the conscripts in the rules for joint accommodation. The results of the trial are to be reported to the Defence Ministry in a final report. During the trial, military observers will follow up on how group cohesion, flexibility of service, and conscripts’ functional capacity are affected.

In related news, Defence Minister Antti Kaikkonen of the Centre Party recently stated that he is prepared to investigate the possibility of including women in public conscription screening.

While Finland’s Army remains conscription-based, there is an opportunity for women to volunteer. In 2018, the number of applicants reached a record 1,500. Women also make up half of the Finnish Armed Forces.Finland is the only non-NATO EU state bordering Russia. Its Armed Forces, the largest in Northern Europe, number over 8,000 career servicemen and some 25,000 conscripts. Finland’s doctrine presumes a wartime military strength of 280,000 personnel as a deterrent factor. Overall, Finland, a nation of 5.5 million, has a reserve personnel of 900,000.