Hydropower is the largest single source of renewable electricity in the world, dwarfing solar and wind. As such, it has established a positive reputation in the media and many academic papers. But that’s not the whole story …

Hydropower has a darker side that is threatening freshwater ecosystems more than oil, more than gas, and more than any other form of energy.

As of 2019, the world’s total renewable energy capacity stood at 2,351 GW, of which around half—or 1,172 GW—was hydropower capacity. This includes both large dams and so-called run-of-the-river dams. Both have rather negative effects on the environment.

Two-thirds of the world’s long rivers have been dammed to produce energy, freshwater scientist Jeff Opperman wrote in a recent story for Forbes. Some 70 percent of the planet’s wetlands have been lost, and much of this loss has to do with what we call water management and what essentially involves changing flows of rivers to use the water for agriculture, industrial activities, domestic needs, or electricity generation.

For all the good water management has done for our species, it has also led to loss of habitat for dozens of species and alterations to fragile freshwater systems.

Just consider this: the number of species living in freshwater ecosystems declined by a staggering 83 percent between 1970 and 2014, according to the latest Living Planet Report by the World Wildlife Fund. This is the greatest loss of biodiversity among habitats, even though, as Opperman notes, it is rainforests and corals that tend to get more media attention.The loss of so many species is itself a tragedy, but it also affects humankind in negative ways: loss of freshwater fish species means loss of sustenance for communities relying on freshwater fishing, for example. There is also an increased risk of flooding from dams. The negative impact of hydropower on the environment has three aspects: flooding arable land or forests; blocking the flow of sediments and nutrients that are essential for freshwater ecosystems; and blocking the path of migratory fish species, reducing their populations and eventually leading to their extinction.

One might ask whether these negative effects negate the positives of hydropower generation as an alternative to fossil fuel generation, and there are plenty of arguments for both sides. The fact remains that hydropower is not all good for the environment. But there is a silver lining: with the right planning of new dams, the negative impact of hydropower on the environment can be mitigated.

A team of 25 scientists recently released a paper outlining six steps to mitigate the negative impact of human activity on freshwater habitats. Titled The Emergency Recovery Plan for freshwater biodiversity, the paper includes measures such as water allocation for rivers—dam operators are required to release a certain amount of water into dammed rivers to keep them flowing—regulation of the most polluting industries, and restoration of critical habitats.

Flow allocation seems to be the essential first step in the recovery of freshwater habitats: Opperman, who was among the authors of the study, says the release of so-called environmental flows could “restore key components of the natural flow regime” of dammed rivers, which would in turn help the restoration of freshwater species populations.

Regulation is essential here: the U.S. is an example of a country where dam operators are required to release environmental flows into rivers in order to have their licenses renewed, but it is not a common practice around the world.

Regulation is also essential for the restoration of freshwater habitats. Removal of some dams in a dam cascade, for example, can do wonders for previously depleted habitats, but it must be done with active government participation. Better dam planning is also contingent on regulatory requirements since, as history has shown time and again, left to their own devices, businesses will only focus on their profits and nothing else.

So, it seems it is once again governments that bear the responsibility of making the world a better place through policies aimed at mitigating the negative effects renewable hydropower has on the environment.

Already, in Europe and North America, more dams are being removed than built, as pointed out in another paper discussing how to make hydropower energy more environmentally friendly. Like other power plants, hydropower installations have a productive life and it is not too long it seems, with many dams built in the 1950s now being removed.

Yet in Asia, dam construction is on the rise and they are building them big. This means deforestation, loss of land and species, and changed river patterns. As with other renewables, Asia is once again the focus of attention. Prescribing measures to mitigate the negative effects of hydropower on the environment will be up to Asian governments, who can avoid repeating the mistakes made in Europe and North America by acting early, while the dams are still in the process of construction.

Economic confidence index at 91.8 in March 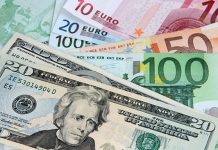