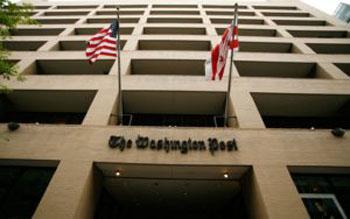 Washington Post media columnist Margaret Sullivan suggested over the weekend that journalists should not be preoccupied with objectivity with their reporting as the country enters what she describes as the “Trump Unbound” era.

Sullivan began her column on Sunday by acknowledging the “adjustments” the media made under President Trump like labeling “a lie a lie” and offering fact-checking in real time, but sounded the alarm that such adaptions are not enough following Trump’s acquittal in the impeachment trial.

“Call it Trump Unbound. In this new era, Trump has declared himself the nation’s chief law enforcement official. He has pardoned a raft of corrupt officials. He has exacted revenge on those he sees as his impeachment enemies,” Sullivan explained. “In other words, we are in entirely new territory now. Should the news media continue as usual? Should it retain its own traditions as the nation slides toward autocracy? Should it treat the Trump presidency as pretty much the usual thing, with a few more fact-checks and the occasional use of a word like ‘lie?’ No. We need a new and better approach if we’re going to do our jobs adequately.”

Sullivan, who was previously the public editor at The New York Times, listed things journalists can do, first being to “abandon neutrality-at-all-costs journalism” with something she calls “Fairness First.”

“I’m talking about the kind of fairness that serves the public by describing the world we report on in honest and direct terms — not the phony kind of fairness that tries to duck out of difficult decisions by giving ‘both sides’ of an argument equal time, regardless of their truth or merit,” Sullivan elaborated.

She then stressed that journalists “need to be far more direct” with how their stories are presented, later complaining,” We simply are not getting across the big picture or the urgency” and knocking journalists “fear” of being “charged with bias.”

“In this new era, my prescription is less false equivalence, more high-impact language and more willingness to take a stand for democracy. With Trump unbound, the news media need to change. Yes, radically. The stakes are too high not to,” Sullivan concluded.

“Obviously, our media do not fear being charged with bias. They overflow with bias. Sullivan’s just unhappy that it’s just not working. Trump is rising in the polls, even as the press doubles down on the negativity. They’ve yelled themselves hoarse, and now they’re staring at the growing prospect of Four More Years,” Gladnick wrote.

Sullivan was widely criticized in December over a column urging journalists to “reach the undecided” on impeachment, which polling showed support for the Democratic-led attempt to remove the president was under water.