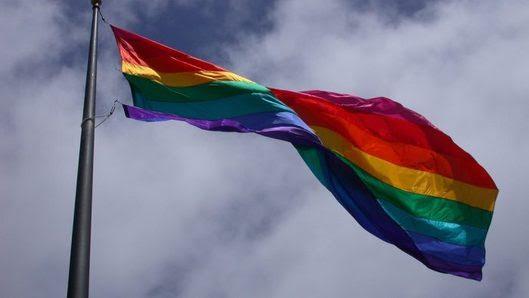 “Human Rights Watch accepted a sizable donation from a Saudi billionaire shortly after its researchers documented labor abuses at one of the man’s companies.”

The Executive Director of Human Rights Watch (HRW), Ken Roth, accepted a major donation from a Saudi real estate tycoon with the promise not to support the advocacy of the LGBT community in the Middle East and North Africa.

The Intercept first reported Monday on the quid pro quo between Roth, who has gained a reputation for strident attacks against Israel, and the Saudi billionaire Mohamed Bin Issa Al Jaber.

“Human Rights Watch accepted a sizable donation from a Saudi billionaire shortly after its researchers documented labor abuses at one of the man’s companies, a potential violation of the rights group’s own fundraising guidance,” wrote The Intercept’s Alex Emmons

The Intercept wrote that “In 2012, Roth signed a memorandum of understanding with Al Jaber containing language that said the gift could not be used for LGBT rights work in the region. He was later pictured next to Al Jaber at a 2013 ceremony to memorialize the funding.”

“The controversial donation is at the center of a contentious internal debate about the judgment and leadership of Human Rights Watch Executive Director Kenneth Roth,” wrote The Intercept.

The Jerusalem Post can report last year that Roth praised Iran’s foreign minister in a tweet after Zarif defended his regime’s execution of gays.

Roth wrote in July 2019: “ In my recent dealings with him, he: 1. Helped secure UN investigation of Myanmar for atrocities against Rohingya. 2. Vowed Iran wouldn’t join Syrian attacks on Idlib civilians.”

Iran’s regime has participated in the attacks of innocent Syrians in Idlib.

When asked why the Islamic Republic of Iran’s executes gays, Mohammad Javad Zarif said in June, 2019. “Our society has moral principles, and according to these principles we live,” he said, adding that “These are moral principles regarding the behavior of people in general. And that’s because the law is upheld and you abide by laws.”

The Post first reported that Iran’s regime publicly hanged a man based on an anti-gay charge in January, 2019. HRW and Ken Roth did not criticize Iran’s execution of the man at the time.

According to a 2008 British WikiLeaks cable, the clerical regime in Tehran has executed between 4,000 and 6,000 gays and lesbians since 1979.

It is unclear if the Saudi deal with Roth stopped him and HRW from criticizing Iran’s lethal homophobia.

The Kingdom of Saudi Arabia imposes the death penalty on gay Saudis.

On February 27, HRW published a note that it returned the donation to the Saudi real estate magnet after The Intercept launched its inquiry into HRW misconduct.

“In 2012, Human Rights Watch made a deeply regrettable decision to accept a donation that included conditions that the funds not be used to support HRW’s work on lesbian, gay, bisexual, and transgender (LGBT) rights in the Middle East and North Africa,” wrote HRW.

Roth has faced severe criticism from the late Robert L. Bernstein, the founder of HRW and former chairman of HRW from 1978 to 1998, in a New York Times opinion article for Roth’s failure to promote human rights in closed Middle Eastern nations.

“I must publicly join the group’s critics. Human Rights Watch had as its original mission to pry open closed societies, advocate basic freedoms and support dissenters. But recently it has been issuing reports on the Israeli-Arab conflict that are helping those who wish to turn Israel into a pariah state,” wrote Bernstein in 2009.

Roth was a zealous advocate of pushing the UN’s Human Rights Commission to post a blacklist of companies operating in the disputed Palestinian territories. The UN’s list is perceived by critics as a Boycott, Divestment, Sanctions measure targeting Israel.

HRW was embroiled in Saudi fundraising scandal in 2009. A Wall Street Journal op-ed alleged the HRW sent official to the Kingdom to secure funds by showing off its fights with “pro-Israel pressure groups.” Writing in the Journal, David Bernstein said: “A delegation from Human Rights Watch was recently in Saudi Arabia. To investigate the mistreatment of women under Saudi Law? To campaign for the rights of homosexuals, subject to the death penalty in Saudi Arabia? To protest the lack of religious freedom in the Saudi Kingdom? To issue a report on Saudi political prisoners?

“No, no, no, and no. The delegation arrived to raise money from wealthy Saudis by highlighting HRW’s demonization of Israel.”