The Federal Reserve announced a rate cut of 50 basis points on Tuesday, springing into action as the global economy has suddenly slammed on the brakes.

“The fundamentals of the U.S. economy remain strong,” the U.S. Federal Reserve said in a statement. “However, the coronavirus poses evolving risks to economic activity.”

The central bank cut the federal funds rate to between 1 and 1.25 percent, lowering its target by a half percentage point. The bank also said that it would act again if the situation deteriorated.

The move could ease the path for more central banks around the world to loosen monetary policy, likely setting off a wave of rate cuts.

While the Fed said that the “fundamentals of the U.S. economy remain strong,” that message is slightly undercut by the fact that the action was the first time since the global financial crisis in 2008 that the bank cut rates by 50 basis points. Also, it comes two weeks before the committee was set to meet. Obviously, the Fed believed the situation couldn’t wait until then.

Fed Chairman Jerome Powell admitted as much in a press conference, saying that the central bank “judged that the risks to the U.S. outlook have changed materially.”

However, monetary policy does not cure the coronavirus. “We do recognize a rate cut will not reduce the rate of infection, it won’t fix a broken supply chain. We get that,” Powell said. “But we do believe that our action will provide a meaningful boost to the economy. More specifically, it will support accommodative financial conditions and avoid a tightening of financial conditions which can weigh on activity and will help boost household and business confidence.” Related: What’s Next For Omani Oil?

President Trump wasn’t satisfied, calling for “More easing and cutting!” JPMorgan Chase said that there is a 50 percent chance that the Fed cuts rates to zero later this year.

The immediate reaction to the Fed’s move was positive. Financial markets rallied and oil prices rose by more than 1 percent during midday trading. But markets turned negative as Tuesday wore on.

Either way, the spread of the virus continues. It has hit lawmakers in the Iranian parliament. It is spreading in the U.S. Pacific Northwest and new cases have popped up in New York. India has reported five cases, as of Monday. Japan suggested that the Tokyo Olympics might be delayed.

In short, the spread of the virus will continue, inflicting on uncertain toll on the global economy.

For oil demand, the forecasts continue to be revised down by analysts. Earlier this year, the IEA said that oil demand would increase by 1.2 million barrels per day (mb/d) in 2020. By February, the IEA cut that figure to 0.825 mb/d.

Others are more pessimistic and more downward revisions are inevitable. Oil consultancy FGE said on March 3 that it expects oil demand to fall by 220,000 bpd.

It’s worth dwelling on that for a second. The firm is not merely cutting its growth forecast; it’s saying global oil consumption will actually shrink in 2020 by 220,000 bpd. Related: Putin Hints Russia May Participate In Newest Round Of OPEC Cuts

If that forecast is close to the mark, it would be catastrophic for oil producers. The market was already facing a potential oversupply situation heading into 2020 – which is why OPEC+ cut deeper in December – before the coronavirus hit. Erasing 1.2 mb/d or more of expected oil demand for the full year would leave a mess for OPEC+ and for U.S. shale producers.

The OPEC+ coalition is set to gather in Vienna this week, where they may agree to an additional production cut of 1 mb/d. As the FT notes, cash-strapped U.S. shale drillers are “praying” for the cartel to cut deeper.

OPEC actually has the chance to deal a knock-out blow to embattled shale drillers, but the fiscal crunch on their own budgets is apparently too much to bear. “If I were in their position I wouldn’t be cutting more,” Doug King, London-based chairman of RCMA Capital’s Merchant Commodity Fund, told the FT. “I’d sit it out and watch what happens.” 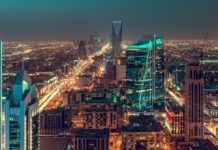 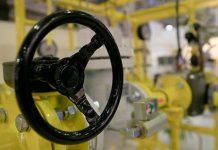