Baku / 06.03.20 / Turan: Plenum of the Constitutional Court approved the results of parliamentary elections on the basis of the Final Protocol submitted by the CEC

Thus, the representative of the only opposition Republican Alternative party, Erkin Gadirli, is going to parliament. However, since the party is not officially registered, he is officially among the non-party.

In 4 districts where the results were canceled by the CEC, re-elections will be held.

The first meeting of the Milli Majlis of the sixth convocation should be held within a week. 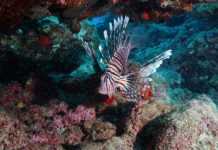