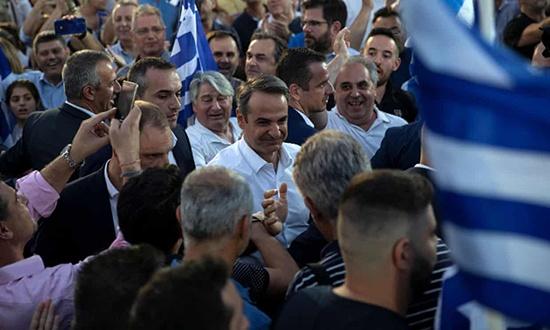 Four Greek Cypriot police officers were injured allegedly in divided Nicosia during scuffles with demonstrators in which police made use of personal tear gas spray to disperse the crowd.

Greek Cypriot police said they made no arrests as an estimated 200 Greek Cypriots and 150 Turkish Cypriots gathered either side of the Lokmacı (Ledra Street) crossing in central Nicosia to demand the checkpoints be re-opened.

Greek Cypriot authorities closed four of the eight checkpoints on the line dividing the island on Feb. 29 for an initial seven-day period “for more effective control over the entry points”.

Activist group Unite Cyprus Now organised the protest, with demonstrators chanting “Peace in Cyprus cannot be stopped” and “Contain the virus of partition”.

“Pepper gas should not be sprayed on people who demand a peaceful demonstration of opening doors to transitions and the development of inter-communal relations, but an olive branch can be extended,” Akıncı said.

He urged Greek Cypriot leader Nikos Anastasiades to “correct” what he called a political and unscientific decision.

Anastasiades denied that the closures were politically motivated, saying: “We have taken a decision which is based on scientific data.”

The United Nations said on March 5 it was concerned by the ongoing disruption caused to people on both sides.

“While the UN supports all effective measures to address any potential public health emergency, it is imperative for the two sides to coordinate closely in order to provide a comprehensive response,” it said.

Island of Cyprus has not reported any cases of coronavirus, which has killed more than 3,000 people worldwide, mostly in China, where the epidemic started in late December.

It is the first time the crossings have closed since they were first opened in 2003.

The Greek Cypriot authorities said it will re-evaluate the closures on March. 9.