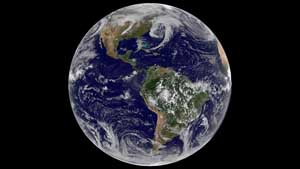 The oil price war that Saudi Arabia and Russia started will hurt the fiscal revenues of the oil producers in the Persian Gulf, including the Saudis, OPEC’s top producer and the world’s top oil exporter, according to credit rating agency Fitch.

“The collapse in oil prices will clearly be seen in fiscal numbers for the Gulf,” Jan Friedrich, the senior sovereign analyst for the Middle East and Africa, said on Monday, as carried by Reuters.

Due to the coronavirus outbreak, the economies of the Middle Eastern oil producers had already been hit by depressed oil demand in their key market, China. The Gulf countries were feeling the double sting of a sizeable loss of oil demand in Asia and a plunge in oil prices as the markets fear a significant slowdown in global economic growth. Because of the outbreak, the non-oil sectors of the Middle Eastern economies are also suffering.

At 9:15 a.m. EDT on Monday, the front-month Brent Crude futures were trading at $35 a barrel, down 22.7 percent on the day, way below any fiscal breakeven price for any country in the Middle East.

Oil prices have now plunged by nearly $20 a barrel since the beginning of last week after the OPEC+ coalition disintegrated and it’s now kind of ‘every producer for himself’ on the market.

An oil price decline of $10 a barrel cuts the fiscal revenues of the oil producers in the Middle East by between 2 percent and 4 percent of GDP, according to Fitch’s Friedrich.

For Saudi Arabia, there will be pain in fiscal revenues because the Kingdom’s budget breakeven oil price is above $80 a barrel.

Non-OPEC producers Bahrain and Oman will also suffer, while Kuwait, Qatar, and Abu Dhabi in the United Arab Emirates (UAE) could cushion part of the blow thanks to their huge sovereign wealth fund reserves, Friedrich said.