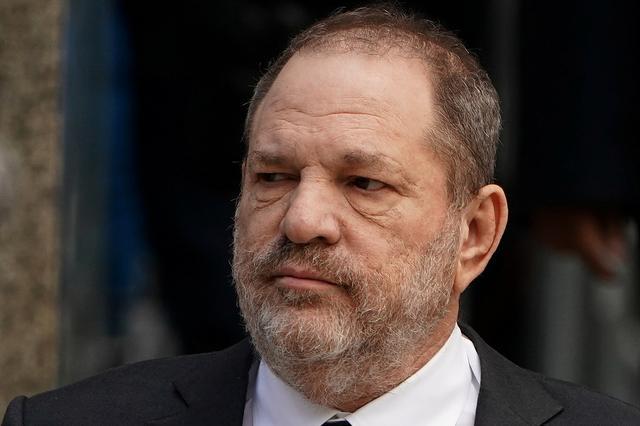 (Reuters) – Lawyers for former Hollywood producer Harvey Weinstein, who was convicted last month of rape and sexual assault, have asked a New York court to take into consideration his health and age and sentence him to prison for five years.

Weinstein, 67, faces up to 29 years in prison after being found guilty of sexually assaulting former production assistant Mimi Haleyi in 2006 and raping former aspiring actress Jessica Mann in 2013.

“Please accept this letter as our request that the court sentence Mr Weinstein to a period of incarceration of five years,” three of Weinstein’s lawyers said in a letter addressed to Justice James Burke of state Supreme Court in Manhattan.

Reuters saw a copy of the letter, which was signed by lawyers Damon Cheronis, Donna Rotunno and Arthur Aidala and dated Monday. Sentencing is due on Wednesday.

Weinstein’s conviction was a milestone for the #MeToo movement, which was fueled by his case starting in late 2017. The movement inspired women to accuse hundreds of powerful men – in entertainment, business, the media, politics and other fields – of sexual misconduct.

In their letter, Weinstein’s lawyers mentioned his poor health and age, as well as his “accomplishments” and “charitable endeavors”.

“His life story, his accomplishments, and struggles are simply remarkable and should not be disregarded in total because of the jury’s verdict,” they said.

Jurors acquitted Weinstein on the two most serious charges against him, predatory sexual assault, which carried a maximum life sentence.

New York prosecutors said last week Weinstein should get a prison sentence that reflects not only his conviction for sexually assaulting two women, but a “lifetime of abuse towards others”.

Throughout his adult life, Weinstein has shown a “staggering lack of empathy, treating others with disdain and inhumanity,” Manhattan District Attorney Cyrus Vance’s office said in a letter to Burke.

Weinstein, who reshaped the independent film industry with critically acclaimed pictures such as “The English Patient” and “Shakespeare in Love,” fell from grace after more than 70 women, most of them young actresses and others in the movie business, accused him of rape and sexual misconduct dating back decades.

He denied the accusations and said any sexual encounters were consensual.

In addition to his convictions in New York, Weinstein faces several felony charges in Los Angeles in connection with alleged sexual assaults against two women in 2013.

Reporting by Rama Venkat in Bengaluru; Editing by Robert Birsel