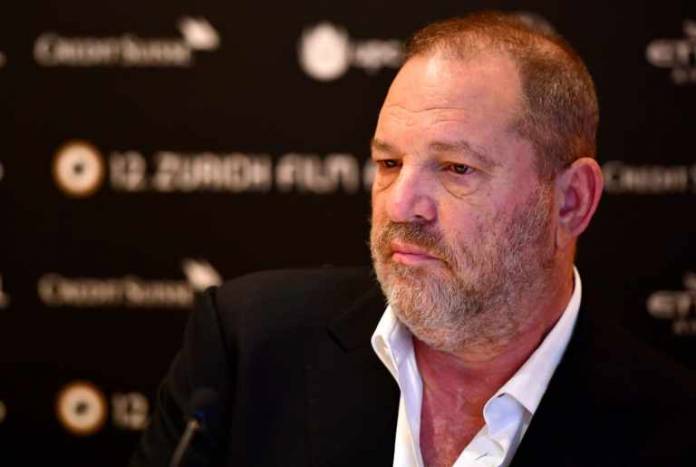 BBC.COM-Disgraced film producer Harvey Weinstein has been sentenced to 23 years in prison for rape and sexual assault.

He was found guilty in a trial in New York last month, a dramatic fall from grace for one of Hollywood’s most powerful figures.

The 67-year-old appeared in court on Wednesday in a wheelchair.

His lawyers had appealed for leniency, saying even the minimum sentence of five years could be a “life sentence”.

But prosecutors argued Weinstein should be given the maximum possible sentence given his “lifetime of abuse” towards women and “lack of remorse” for his actions.

Weinstein addressed the court for the first time on Wednesday, saying he had “deep remorse” but described him and other men as “totally confused” by events in comments seen as critical to the #MeToo movement.

Dozens of women have come forward with allegations of sexual misconduct, including rape, against Weinstein since October 2017.

He has consistently denied wrongdoing and his lawyers have vowed to appeal against his conviction.

These were the first charges to make it to trial. Weinstein still faces further criminal charges, for rape and sexual assault, in Los Angeles, where officials have started extradition proceedings.

Hours after being sentenced, he was taken to Bellevue Hospital in Manhattan with chest pains, a spokesman said. He had heart surgery after his conviction.

What was he convicted of?

Weinstein was found guilty of committing a first-degree criminal sexual act against production assistant Miriam Haley in 2006 and of the third-degree rape of aspiring actress Jessica Mann in 2013.

New York jurors acquitted him of the most serious charges, of predatory sexual assault, which could have seen him given an even longer jail term.

All six women who testified against him during his trial sat together on Wednesday as he was sentenced and told to register as a sex offender.

The two women he was convicted of assaulting both read out victim impact statements in court.

“It scarred me deeply, mentally and emotionally,” Ms Haley, who is also known as Mimi Haleyi, said of the assault where Weinstein forced oral sex on her. “What he did not only stripped me of my dignity as a human being and a woman, but it crushed my confidence.”

Ms Mann criticised Weinstein’s lawyers for trying to “twist the truth” during the trial, and said she hoped for a future where “we no longer have to worry about monsters hiding in our closet”.

“Harvey Weinstein deployed nothing less than an army of spies to keep them silent. But they refused to be silent, and they were heard,” he said of the women who testified. “Their words took down a predator and put him behind bars, and gave hope to survivors of sexual violence all across the world.”

“Harvey Weinstein’s legacy will always be that he’s a convicted rapist,” the group Silence Breakers, which speaks out against sexual assault and harassment and includes Weinstein accusers, said in a statement.

“He is going to jail – but no amount of jail time will repair the lives he ruined, the careers he destroyed, or the damage he has caused.”

Speaking outside court, Gloria Allred, who represents three of the accusers, held up a sign with the words: “This is what justice looks like.”

“If you are a sexual predator and you are confused, all you have to do is remember this – 20 plus three years,” she said.

“For all those who are still preying on women, who want to engage in the high risk-taking of harming women and thinking you’ll get away with it, that gamble is likely not to pay off for you anymore,” she added.

“And if you’re a high-profile figure, don’t expect anything but equal justice.”

The US Rape, Abuse & Incest National Network (RAINN) praised the significant prison term Weinstein was given.

“This case – and the national reckoning about the pervasiveness of sexual violence it sparked – will have a lasting legacy,” president Scott Berkowitz said in a statement.

“We hope that survivors will feel encouraged to come forward, knowing that it can truly make a difference in bringing perpetrators to justice.”

How did we get here?