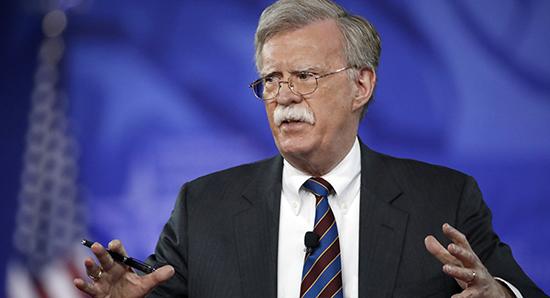 Former US National Security Advisor John Bolton has repeatedly blamed China for ‘lying’ about the novel coronavirus outbreak, and has cast doubt on the country’s economic recovery and statistics on the pandemic.

Former US National Security Adviser John Bolton slammed the World Health Organization (WHO) in a tweet, expressing support for the resignation of the agency’s Director General, Dr. Tedros Adhanom Ghebreyesus.

The former Trump appointee claimed that WHO is “an accomplice” to the alleged concealment of information from China regarding the deadly pandemic.

Both US Senator Ted Cruz and his fellow Republican Senator Marco Rubio, whom Bolton mentioned in his tweet, have expressed skepticism regarding the current WHO leadership. Cruz previously claimed that “a reevaluation of WHO leadership is urgently called for”, after the GOP lawmaker alleged that the world health agency “lost its credibility by consistently bending to the Chinese Communist Party”. Cruz’s claims were echoed by Rubio.​

In a series of tweets, Bolton accused China of “using a pandemic as cover to advance military objectives”, “concealment of data” and “atrocious behaviour on coronavirus”. He suggested creating a “black book of China and coronavirus”, casting doubts on China’s economic recovery after the peak of COVID-19 in the country passed and claiming that China is using COVID-19 in “waging propaganda war to damage the US global leadership”.

China’s Ministry of Foreign Affairs on Thursday slammed “shameless” efforts by US lawmakers to cast doubt on China’s handling of the coronavirus. Spokeswoman Hua Chunying claimed during a press briefing that China “has done its best to be open, transparent, and accountable”.

“We understand the US is facing difficulties and some officials are under pressure and feel deeply for the hardship of American people,” Hua said. “Out of humanitarian spirit, we would like to provide support and help to them. But slander, smears and blame games cannot make up for lost time. More lies will only waste more time and lead to more lives lost.”

She also urged US politicians not to “play the blame game” and instead focus on saving lives.

​This came after the US president, Donald Trump, questioned the accuracy of Chinese figures on the pandemic, saying that “their numbers seem to be a little bit on the light side”. US Vice President Mike Pence parroted the accusations against China when asked why the Trump administration was so late in understanding the threat of the pandemic. Pence declared that the US “could’ve been better off if China had been more forthcoming”.

China has recently announced that it is stepping out of the coronavirus crisis, with official reports of over 90 percent of those infected having recovered from the pandemic, shown by Johns Hopkins University Resource Centre data. Currently the US is the most coronavirus-affected country in the world, with the number of confirmed cases now surpassing 366,000.