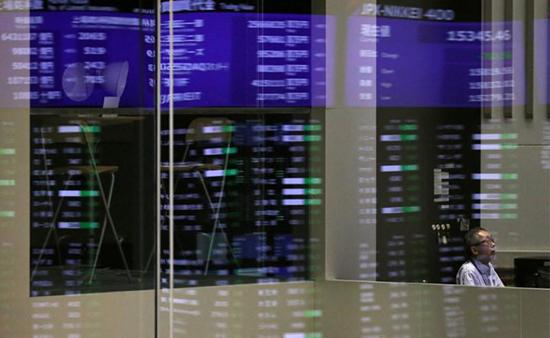 In its latest attempt to ease the economic pain inflicted by the COVID-19 pandemic, the US Federal Reserve said it would pump $2.3 trillion through new lending programmes.

The pandemic has now claimed more than 94,000 lives around the world and hammered economies, sending governments and central banks scrambling to put together unprecedented, massive emergency measures.

Seoul was also up, rising 0.7 percent, and Taipei gained 0.1 percent. But Shanghai was down 0.7 percent.

Hong Kong, Sydney, Wellington, and Singapore were closed for a public holiday.

The Fed appears to be “on a mission to blow holes in every dam that stops the flow of credit”, said Stephen Innes, chief global markets strategist at AxiCorp.

“And it sure sounds like they have plenty more dynamite if needed.”

The European Union also followed the US with its own rescue package worth 500 billion euros ($550 billion) to ease the impact of COVID-19 in the 27-nation bloc.

Millions of jobs have been shed during the pandemic, with data released Thursday showing 17 million people have lost their jobs in the United States alone since mid-March.

But investors appear to be focused more on the impact of the stimulus packages and if they will be able to achieve the stability governments are hoping for.

The latest emergency measures came as the International Monetary Fund warned that 170 of its 180 members would see declines in per capita income this year.

“We anticipate the worst economic fallout since the Great Depression,” said IMF chief Kristalina Georgieva, urging governments to provide lifelines to businesses and households alike, and cautioned that “it could get worse”.

All major oil producers except Mexico, meanwhile, agreed to cut output and May and June by 10 million barrels a day after marathon talks to stabilise crude prices.

Oil has plummeted to near-two-decade lows in recent weeks because of the pandemic’s impact on the global economy and a bruising price war between Saudi Arabia and Russia.

But while Riyadh and Moscow have agreed, OPEC said the deal can only take effect after consent from Mexico — which did not agree to its share of cuts under the deal.

Brent Crude was down 4.1 percent, and West Texas Intermediate was 9.3 percent lower.

West Texas Intermediate: DOWN 9.3 percent at 22.76 per barrel

Vitamin E: What You Need to Know