New York state has now recorded more infections than any country – including the hardest-hit European countries, Italy and Spain.

Asia and the Pacific 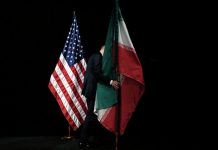 Cosmos as the final (legal) frontier: How America is bending SPACE LAW as we enter new age of exploration