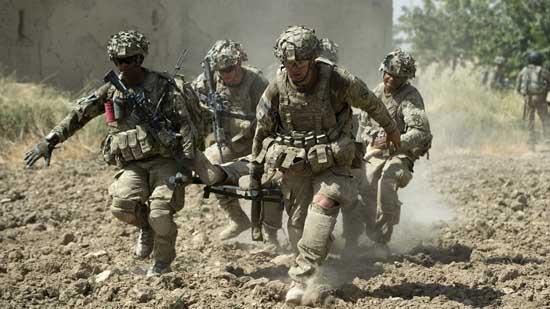 The US-Taliban peace deal is one of the most important agreements that came to pass in recent times. World leaders have already started various analyses regarding this particular agreement. However, the main issue overshadowing the discussions are – how much this peace deal is actually capable of bringing peace in Afghanistan?

Digging into recent history, the Soviet Union invaded Afghanistan in 1979 and took control of Kabul and other parts of the country. The Afghans, calling themselves the Mujahideen, rebelled against the Soviets. Some Arabs, like Osama bin Laden, jumped-in in this “jihad” against the Soviet invaders. The US and allies such as Saudi Arabia and Pakistan assisted the Mujahideen by providing weapons and other support.

One of the most significant reasons behind the presence of the US forces in Afghanistan was the fear regarding the former USSR. The US created a force named the Taliban by directly assisting them with ammunitions and money to prevent this domination of the USSR. At one point, the US supplied them with the lethal Stinger missile which could be carried on shoulder to launch and destroy airplanes. With overt assistance from the US, the Taliban succeeded in restricting the USSR. But, the force which was formed by American means, turned against Washington. Taliban became the source of pain for America. The US linked September 11, 2001, terrorist attacks to Al-qaeda, a group that operated under the Taliban regime’s protection in Afghanistan. The US launched Operation Enduring Freedom on October 7, 2001, with airstrikes on Taliban and Al-qaeda targets in Afghanistan.

On December 28, 2014, the US and NATO ended their combat mission with Afghanistan in an official ceremony. After more than 13 years of combat operations, the US began Operation Freedom’s Sentinel (OFS) on 1 January 2015. It was launched to conduct counterterrorism operations targeting terrorist groups like Al-Qaeda and the local ISIS affiliate. Another purpose was to build local Afghan security forces to help fight the Taliban.

America also paid a heavy price in the war. According to the US government estimates, at least 100,000 soldiers were deployed in Afghanistan between 2010 and 2012, for which $100 billion was spent. Between 2016 and 2018, their annual expenditure was $40 billion.

From the estimation till September 2019, it is acknowledged that this year, $38 billion has been spent. According to the US Department of Defense – from October 2001 till September 2019 — US administration in Afghanistan has spent $778 billion on the military. Along with it, the US Department of State, The United States Agency for International Development (USAID) and other government agencies have spent $44 billion on reconstruction projects. Since 2001 until now, the US has $822 billion.

The lengthiest war in history is gradually becoming very challenging for America. Before this, the US administration was forced to accept a disgraceful defeat reluctantly after public backlash over 53,000 casualties in the 10-year long Vietnam War.   The US-led NATO force has been seeking a way to escape the war of Afghanistan for a long time. The US also had to wrap up swiftly and leave Vietnam-North Korea.

Geographically, although Afghanistan is a rough, barren, desert-like, mountainous, impassable country, it has abundant mineral resources including oil and gas. For this reason, many foreigners have their eyes set on this land. The British imperialists and the Soviet invaders could not excerpt even minimum benefits, let alone dominating the region. In that case, it is not astounding that the US force should fail and be utterly distraught.

From both the cases of military and morality, the US-led NATO force could not match up to the Taliban. The Afghan Taliban continued their action against strong opposition by adopting the strategy of ‘attrition’ which attributes constant stream of attacks and slowly defeat the other side. The motive should be to make it costly for the opposing party to fight that what we have seen is what exactly the US did. Moreover, the Taliban are insurgents who denied the legitimacy of the government and try to establish their own rules by attacking the oppositions. Finally, the ultimate military force of the world had to accept defeat as the British force of the 19th century.

Interestingly, on December 9, 2019, a paper-based on ‘confidential documents obtained by The Washington Post’ reveal that, US officials acknowledged that their warfighting strategies were fatally flawed, and that Washington wasted enormous sums of money trying to remake Afghanistan into a modern nation.

It is evident from the past that, terrorist organizations adopt several strategies among which ‘spoiler’ are one of them. We should not forget that under Afghan Taliban there are other terrorist organizations that are used to violence and they might not agree with the terms of America or the Afghan government. And they might try to disrupt the peace talks. Probably the best, and most painful example of this in recent times is the use of terrorism during the 1990s. And the peace process between Israel and the Palestinians. This was a time of great hope. Yasser Arafat, who was leading the Palestinians, was negotiating with Israeli officials. There were series of bombings done by Hamas, and Palestine Islamic Jihad, to disrupt the negotiations.

Similarly, since the agreement took place, several incidents of violence have occurred in Afghanistan and also there has been an occurrence of US airstrikes. On 6  March, gunmen headed an assault against a public gathering led by opposition leader Abdullah Abdullah. IS accepted the charge of this assault. In such circumstances, doubts arise regarding the future consequence of the US-Taliban agreement.

The most vulnerable actor and focal player of this agreement would be the US-dependent present Afghan government. As IS already accepted the charge of attacking Abdullah Abdullah, they might consider Afghanistan as another home for terrorism. There are many things in this agreement that are not stated explicitly. How the system of governance would be in Afghanistan at a later time, especially if NATO forces are withdrawn as per the agreement, to what length the present regime of Kabul would hold the power then– is not unambiguous yet. Immediately after the agreement was signed, a statement made by the present Afghan President Ashraf Ghani clarifies how much they are optimistic regarding this agreement. The conditions of the agreement include that the 500 Taliban militants, who are imprisoned by the Afghan government, must be released, such conditions should not be incorporated in the agreement.

On the other hand, although the Taliban shows so-called sympathy to democracy, their ultimate motive is to implement the Sharia law. Hence, there is an ideological decisive conflict between the present Afghan government and the Taliban. The present regime also has strife regarding women’s leadership and rights of women. Therefore, how much the talk of sharing power with the Taliban is realistic – that raises doubts, as it is impossible for the Taliban to be diverted from their ideology.

Above all, it seems that the key issue of the crisis in this agreement would be the matter of compromise between the Taliban and the present Afghan government. Because the existing internal conflict between the two groups would be prolonged as there is no framework in the agreement regarding the relationship or compromise between the two groups which have absolutely two different mentalities and which believe in two opposite ideologies. As a result, even after the peace deal has been signed between the US and the Taliban, it would be meaningless. For the purpose of their peace, how much the two groups would be earnest to resolve those troubles, that only future will tell. The ultimate goal should be peace for the citizen of Afghanistan by not making them another object of violence.

*About the author: The writer is Senior  Lecturer, Department of Law, East West University, Bangladesh

Source: This article was published by South Asia Monitor

To create a more credible and empathetic knowledge bank on the South Asian region, SPS curates the South Asia Monitor (www.southasiamonitor.org), an independent web journal and online resource dealing with strategic, political, security, cultural and economic issues about, pertaining to and of consequence to South Asia and the Indo-Pacific region. Developed for South Asia watchers across the globe or those looking for in-depth knowledge, reliable resource and documentation on this region, the site features exclusive commentaries, insightful analyses, interviews and reviews contributed by strategic experts, diplomats, journalists, analysts, researchers and students from not only this region but all over the world. It also aggregates news, views commentary content related to the region and the extended neighbourhood.