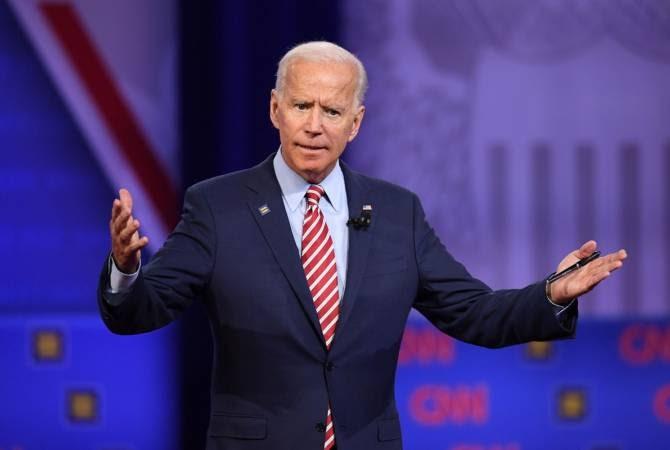 WASHINGTON (Reuters) – Joe Biden is starting to get the help he needs to compete with President Donald Trump’s massive election war chest, although the Democrat has a huge shortfall to make up in the coming months.

Former Barack Obama staffers are planning to raise money for the putative Democratic presidential nominee. Ex-rivals like Elizabeth Warren are using their donor lists on his behalf, and the former vice president’s campaign could soon strike a deal with the Democratic National Committee that would allow it to rake in much larger donations.

Those are positive signs for a campaign that has worked furiously to figure out ways to bring in cash since the coronavirus pandemic put millions of Americans out of work and forced the 2020 White House race into a digital-only environment.

Even with the newfound support, Biden remains at a significant financial disadvantage heading into the Nov. 3 election against Trump, a prodigious fundraiser who has been raising money for the general election since 2017.

“I think right now it’s very hard to raise money,” said John Morgan, a trial lawyer from Florida and a longtime political donor. “People don’t know if they’re financially ruined or not yet.”

The Trump campaign and the Republican National Committee said this week they had raised a whopping $212 million this year, giving the president $240 million in cash in hand.

Biden’s campaign has yet to announce its fundraising total for March. It had about $12 million on hand as of Feb. 29, before his decisive victories in Democratic nominating contests.

Biden was not a fundraising juggernaut even before the coronavirus upended politics, finding real success only in the closing months of the Democratic presidential race.

His campaign is now hoping that endorsements this week from his onetime boss, Obama, as well as former rivals Bernie Sanders and Warren, will give its fundraising a shot in the arm, helping the campaign access a wider network of deep-pocketed donors.

Biden told donors on Thursday the backing from his ex-competitors helped him bring in $5.25 million over two days this week.

Obama’s former finance chair, Rufus Gifford, who helped his 2012 campaign collect more than $1 billion, is setting up an online fundraising event on May 1 for Biden involving officials who worked for the former Democratic president.

“The goal will be to re-assemble the team that propelled the Obama/Biden team to victory twice,” Gifford wrote in a recruitment email seen by Reuters.

Sanders, who amassed a huge grassroots army of supporters, has not committed to raising funds for Biden.

Alan Kessler, a Philadelphia attorney who has held several events for Biden, said the campaign was reluctant to ask people for money in the early stages of the pandemic, which has plunged the U.S. economy into the sharpest downturn in decades. That is beginning to change, he said.

“We’re starting to be able to move on to the next phase, which is actually being able to comfortably reach out to people,” he said.

Trump’s handling of the government response to the crisis has helped fuel donations, said Sacks-Wilner.

“It’s been kind of a boon for the campaign because we have been able to raise as a result of what is seen to be lack of leadership,” he said, noting some independent donors were reaching out directly to him.

The Trump campaign said that support remained enthusiastic for the president.

“The people know that President Trump is fighting for them, so they are fighting for him as well,” said Trump campaign manager Brad Parscale.

Now that Biden is the expected nominee, his campaign is discussing a joint fundraising agreement with the DNC, according to two people familiar with the talks.

Such an accord would likely result in the formation of an entity that could receive six-figure sums from wealthy donors rather than the $5,600 that campaigns can accept for the primaries and general election. Trump has long had a similar arrangement in place with the RNC.

Biden’s candidacy will also be aided by a bevy of super PACs that can receive unlimited contributions but cannot coordinate efforts with the campaign.

The extent of support from another source, billionaire Michael Bloomberg, is not yet known. After he spent more than $800 million of his money pursuing his own presidential bid, the former New York mayor endorsed Biden and appeared to have plans to form an independent organization that would fulfill his vow to put his $60 billion personal fortune toward helping elect the Democratic presidential nominee.

But Bloomberg said later he would send $18 million of leftover campaign funds to the DNC instead for operational efforts. Advisers say he could still spend more in the coming months, pointing to the more than $100 million he donated to Democrats during the 2018 congressional elections as an example of his readiness to help the Democratic cause.

“We’re looking at how to best support Democratic victories up and down the ballot in November, just as Mike Bloomberg has done in previous cycles,” a Bloomberg spokeswoman said.

Morgan, the Florida lawyer, remains skeptical that Biden can raise large amounts in the short term, arguing that online fundraising is no substitute for the real thing.