The number of confirmed coronavirus cases worldwide passed 2.15 million on April 17 as the pandemic swept across the globe.

Johns Hopkins University’s website showed over 145,000 people have died from the virus.

The total number of people recovered from COVID-19 reached passed 548,000 according to the data.

Asia and the Pacific 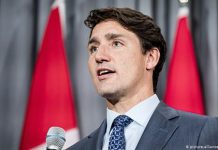