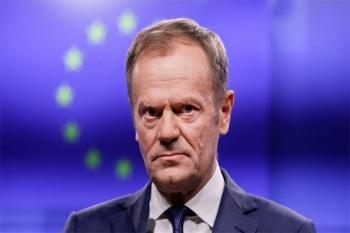 Donald Tusk, the head of the European People’s Party and the former president of the European Council, says the coronavirus crisis could spell the end for the EU. He urges Germany to show more solidarity with weaker countries and hopes to prevent Hungary from becoming a dictatorship.

Donald Tusk believes that countries like Germany must do more to help with reconstruction after the coronavirus crisis. In an interview with DER SPIEGEL, he calls for a “blitzkrieg” to get the economy going again.

Tusk does not rule out the possibility of coronabonds, as the joint debt assurances among EU member states have become known, and he stresses that the European Union could fail due to the coronavirus crisis. The pandemic affects us all and knows no culprits, he says: That is the difference between the current crisis and the Greek debt crisis a few years ago. Tusk pleads for saving Italy and Spain as well as “the European project.”