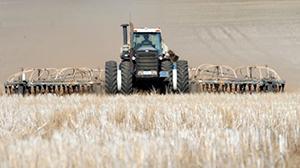 BEIJING/SINGAPORE (Reuters) – China is preparing to buy more than 30 million tonnes of crops for state stockpiles to help protect itself from supply chain disruptions caused by the coronavirus pandemic and make good on pledges to buy more U.S. crops, three sources told Reuters.

The bulk of the crops would be imports, and mainly from the United States, as China works to fulfil its commitment under the Phase 1 trade deal signed in January, the sources said, declining to be named because of the sensitivity of the matter.

“The main message from (Beijing) is to secure people’s livelihoods. It is a good time to build up reserves, especially when prices of the goods are at quite low levels,” one of the sources said.

China’s grain stockpiler Sinograin did not immediately respond to an email seeking comments.

The timing of the purchases could be favourable for Beijing, as the price of Chinese soybean and corn futures are roughly double those in the United States, where large inventory overhangs and muted demand during the novel coronavirus pandemic have pressured crop values.

One of the sources said it was unclear when the buying would take place. The timing would depend on how the market evolves.

“This is a triple win. Stockpiles can be released to contain price hikes when needed. It helps (Beijing) fulfil the Sino-U.S. trade deal. And prices are good,” one of the sources said.

Discounting shipping costs, the total value of the corn and soybeans supplies from the U.S. would be roughly $6.25 billion, Refinitiv data shows.

(GRAPHIC: China plans to buy over 30 million tonnes of crops for stockpiles – here)

The coronavirus pandemic, which started in the central city of Wuhan in China late last year, has infected 2.5 million and killed about 180,000 globally.

Lockdowns to contain the outbreak have battered the world economy and roiled global supply chains, including agriculture.

China agreed to step up its purchases of U.S. agricultural goods, including $12.5 billion above the corresponding 2017 baseline of $24 billion in 2020 and $19.5 billion above the baseline in 2021, as part of a Phase 1 trade pact that Washington and Beijing signed in January.

Chinese buyers have bought U.S. beans, corn and wheat this year after price falls made them good value.

China’s farm imports from the United States totalled $5.05 billion in the first quarter of 2020.