Two of Europe’s most-determined independence movements are building on their cases as they fiddle with the keys to the handcuffs chaining them to national governments struggling with the fallout from huge Covid-19 death tallies.

Scottish First Minister Nicola Sturgeon and the Catalonia Generalitat’s Premier Quim Torra are picking at the detail of the public health strategies imposed by their respective national governments, hoping that post-pandemic they might reap the rewards.

Sturgeon has seized the high ground today, choosing to lay out exactly how Scotland will ultimately exit the lockdown, catching Downing Street wrong-footed as PM Boris Johnson is still laid up recovering from Covid-19 and the government is having to get by with stand-in Foreign Secretary Dominic Raab. Major decisions are seemingly put on hold until the boss is back.

Sturgeon knows she cannot go too far and her blueprint is all about “having a grown-up conversation” and dampening expectations that there will be a “flick-of-the-switch moment” when everyone is suddenly released from lockdown. She has lots of ifs and buts in her plan, but has still beaten the PM to the punch.

She’s a canny woman, and having formally shelved plans for indyRef2 this year – and upbraided those who have tried to broach the subject during the current crisis – the first minister, thanks to her handling of the pandemic, is morphing into more than an obsessive nationalist with just one thing on her mind.

The Scots might also be buoyed by the YouGov poll out today that shows most British people don’t really care if Northern Ireland remains part of the union, and support the idea of a reunification with the Republic of Ireland poll being held.

Of course, the two situations are very different, but the apparent reduction in fervor for maintaining the union is interesting and even more so if it became apparent in the English attitude towards Scotland as well. Seeing as the headmistress has forbidden public discussion of the issue for the time being, I guess we’ll have to wait and see.

Meanwhile, for Spanish Prime Minister Pedro Sanchez, who is grappling with a total national infection toll second globally only to the USA, the daily noise from Catalonia must be immensely irritating. However, with the full number of deaths from Covid-19 in Spain nudging 22,000 to date – the size of a good attendance at a Real Sociedad home match – then he can hardly go on the attack when Torra chews at the fringes of his public health strategy.

The death toll in Catalonia so far is 4,152 and it is the most populous region, while the Community of Madrid, the third-most populous, is currently looking at 7,460 dead, the highest regional total in the country.

If that death toll continues its upwards trajectory, to say Atletico Bilbao attendances (40,800), or even worse, Barcelona (75,208), while Catalonia manages to keep a lid on its regional problems, then Sanchez is toast.

Like Sturgeon, Catalan politicians moved first on suggestions about exiting the lockdown, by demanding children who had been locked indoors for five weeks in Europe’s harshest crackdown be allowed to leave their homes. Madrid has finally conceded that those aged under 14 will be allowed out on short, supervised walks from this weekend.

Speaking to El Pais, one of Torra’s allies, the regional interior minister Miquel Buch asked: “How can we explain to our children that the government has decreed that a million Catalans go out to work… but that they cannot?”

This was sure to play well on the public heartstrings, as there were growing fears that the long-term confinement of minors was having a deleterious effect on their mental health.

Keeping the pressure up, the region’s health chief, Alba Verges, defended Catalonia’s independent approach, “because each region is different and the pandemic is not having the same effect and has gone at different speeds.”

That’s hard to argue against when half-crazed parents are close to the brink, having had the kids locked indoors for more than a month.

Maybe Sturgeon and Torra are right. Maybe they do have the right idea and going their own way is the best solution to dealing with the pandemic. In politics, it’s all about the optics.

Also on their sides, however, is strong evidence that their uncanny ability to stay on top of a global pandemic is due to geography – luck over guile. But if you’re dealt the cards to win a hand, only a mug would refuse to play them.

Social distancing, alongside testing, seems to be the key to preventing the spread of Covid-19. Pretty much everyone from Wuhan to Wangaratta agrees on that.

And while it’s hard to maintain the requisite social distance to stop the disease spreading in a crowded city like London or Madrid; in the highlands and islands of Scotland or the rocky mountains and isolated coastal inlets of Catalonia, it’s less problematic.

The Catalans live with a population density of just 235 people per square kilometer in Spain’s most populous region, while in the Community of Madrid, seat of the national government, things are a lot more crowded with 809 people crammed into each square kilometer despite a smaller number of people living there.

Hard to stay away from a sneezing neighbor when you’re living cheek-by-jowl.

That could explain why the number of deaths attributed to coronavirus in Catalonia (Pop: 7.5m) is at 4,152 while Madrid, with a million less people has a toll almost double that at 7,460.

The figures make sense: lower population density equals less social contact equals fewer Covid-19 deaths. It all looks good on paper, as any number-cruncher worth their salt will tell you – the statistics do not lie.

So if Sturgeon and Torra, both fighting high-stakes games of independence poker can manage some sort of takeaway on those numbers and possibly leverage something out of this catastrophic global crisis so that once out the other side they have managed to increase their chances of success, then who can blame them? 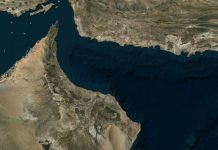