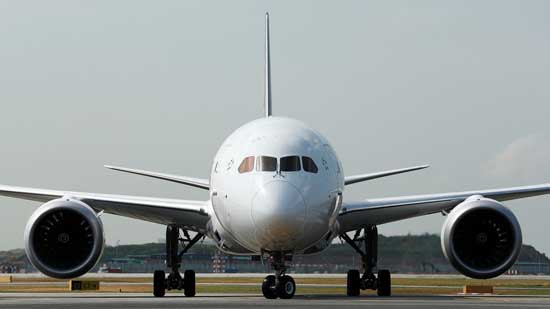 Boeing announced earlier this month it would undertake a voluntary worker layoff plan.

Boeing’s head said Monday that restoring the dividend could take three to five years as the company girds for a slow air travel recovery in the wake of the coronavirus crisis.

The comment from Chief Executive David Calhoun was a signal that paying back debt and keeping up Boeing’s manufacturing supply chain were bigger priorities than shareholder payouts for the forseeable future.

Speaking at the company’s annual meeting, Calhoun offered a sober outlook on the near-term prospects for commercial air travel in the wake of the virus that is projected to cost the airline industry an estimated $314 billion in 2020 revenues, potentially felling some carriers.

“Based on what we know now, we expect it will take two to three years for travel to return to 2019 levels and an additional few years beyond that for the industry’s long-term trend growth to return,” Calhoun said.

Boeing announced earlier this month it would undertake a voluntary worker layoff plan. Sources have told AFP the company expects to cut 10 percent of its commercial airline workforce.

Even before COVID-19 broke out, Boeing was already under pressure after two crashes of its 737 MAX killed 346 people, leading to its global grounding since March 2019.

Around $17 billion aimed at Boeing was included in the giant federal relief bill approved in late March under the CARES act, which restricts dividends and share buybacks from companies that take aid. Boeing has not said definitively whether it will take federal aid.

Families of the MAX crashes’ victims have petitioned US Treasury Secretary Steven Mnuchin to withhold funding for Boeing unless it meets stringent safety and governance standards, according to lawyers who are representing the victims in suits against Boeing.

The annual meeting was held remotely in light of social distancing policies and included brief remarks from shareholders who put forth proposals to reign in executives after the MAX disasters.

Proxy advisor Institutional Shareholder Services had recommended “no” votes on four longtime Boeing directors in the wake of the problems, citing a failure to adequately oversee management strategy and corporate culture.

But shareholders opted to re-elect the entire slate, although two directors only received about 60 percent of the votes, according to a Boeing securities filing.

A narrow 52 percent majority of investors did vote to require the chairman to be an independent member of the board.

Boeing, which has divided the roles of CEO and chairman as it navigates its current crisis, had opposed the measure.

Calhoun defended the company’s withdrawal from a $4.2 billion deal with Brazilian company Embraer, which has said it will sue Boeing following the move.

Calhoun predicted the airline industry would have a strong recovery once the COVID-19 crisis is contained, but warned of a tough road ahead.

The coronavirus will compel airlines to reconsider the way they manage flights, putting greater emphasis on hygiene.

During a question and answer session with investors, Calhoun was asked whether Boeing expects planes to be reconfigured to meet social distancing guidelines.

“Our customers without a doubt are going to have to create a new relationship with the flying public,” Calhoun said, adding that “for all of us, it’s going to be an education.”

All those effects are on top of more than a year of lost revenues tied to the 737 MAX.

“We know we’re going to have to borrow money in the next six months,” Calhoun said, adding that repaying debt will occupy the company in the immediate future, impeding its ability to return cash to shareholders.

He also identified maintaining the company’s supply chain as a priority, saying “without the supply chain, there will be nothing to assemble.”

The company also announced on Monday that it will resume manufacturing of the widebody 787 plane at its South Carolina plant beginning later this week, with new procedures implemented to combat COVID-19 including enhanced cleaning, voluntary temperature screening and physical distancing policies.