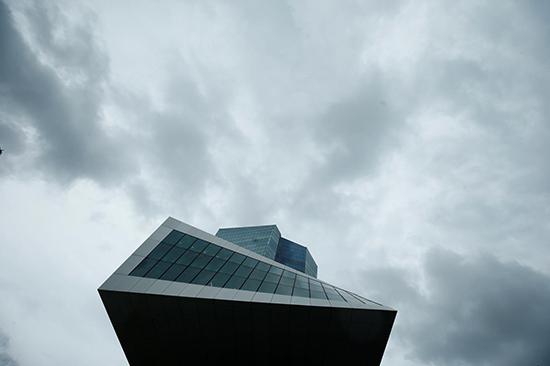 FRANKFURT (Reuters) – Euro zone banks expect emergency credit demand to surge again in the second quarter and they are likely to meet this with easier credit standards as government guarantees and liquidity measures kick in, the European Central Bank said on Tuesday.

With much of the continent in lockdown to stem the spread of the coronavirus pandemic, the euro zone economy could shrink by a tenth this year and firms are scrambling for funding to stay afloat until the economy reopens.

Credit standards, or banks’ internal loan approval criteria, for corporate loans tightened in the first quarter but the deterioration was “small” compared to the global financial crisis and the bloc’s subsequent debt crisis, due in part to government measures, the ECB added.

The central bank’s liquidity measures and government guarantees will fully kick in by the second quarter so banks expect their credit standards to ease substantially in the three months to June, the ECB added, based on a survey of 144 lenders.

Among the euro zone’s biggest countries, corporate credit standards tightened the most in Germany and Italy while in France, they were broadly unchanged.

“Firms’ demand for loans or drawing of credit lines surged in the first quarter of 2020, on account of firms’ emergency liquidity needs,” the ECB said. “In the second quarter, firms’ loan demand is expected to increase further, to the highest net balance since the start of the survey in 2003.”

Household borrowers face more difficultly as credit standards tightened in the first quarter and a further deterioration in the second quarter is also likely, the ECB added in a survey conducted between March 19 and April 3, the height of Europe’s coronavirus lockdown.