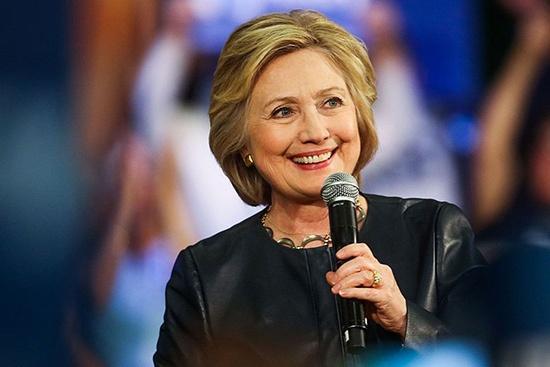 “I want to add my voice to the many who have endorsed you to be our president,” Hillary Clinton said during a live video conference with the former vice president.

“I want to add my voice to the many who have endorsed you to be our president,” Clinton said during a live video conference with the former vice president.

“I wish you were president right now,” the former First Lady and Secretary of State said, who lost to Donald Trump in 2016.

“Joe Biden has been preparing for this moment his entire life,” Clinton said. “I’ve had the privilege to work with him.

“This is a moment that we need a leader, a president, like Joe Biden,” she said.

“Think of what it would mean if we had a real president not just somebody who plays one on TV,” she added in a jab at Trump, Biden’s expected opponent in November.

“Just think of what a difference it would make right now if we had a president who not only listened to the science with facts over fiction, but brought us together,” said Clinton.

Biden is the presumptive Democratic nominee to face Trump in November although he will not be officially nominated until the party convention, which has been pushed back to August because of the virus outbreak.

The former vice president has already been endorsed by Barack Obama, whom he served beside, and one-time rivals for the Democratic nomination Bernie Sanders and Elizabeth Warren, among others.