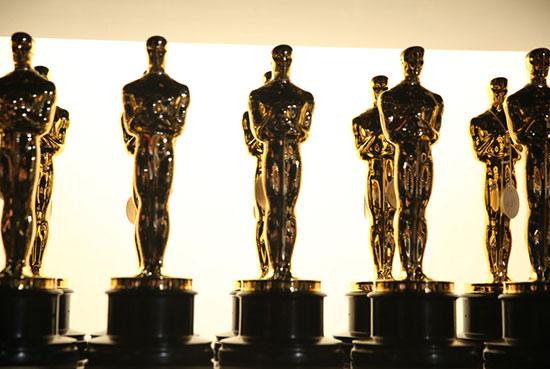 For the first time, and only for this year, movies that debuted on a streaming service without a theatrical run will be eligible

The Academy Awards will for the first time allow films that debuted on a streaming service without a theatrical run to be eligible for nominations, a break with tradition in direct response to the coronavirus pandemic.

The Academy announced the new criteria for the Oscars in a statement on Tuesday. The change is not permanent, however, and will only apply to films released this year.

The Academy also said it will condense the two sound categories into one, and, in an effort to become more carbon neutral, prohibit DVD screeners for 2022’s 94th Oscars.

Oscars eligibility has been a major question since stay-at-home and social distancing orders led to both the cancellation of major film festivals, including prominent pre-award season events such as South by Southwest and Cannes Film Festival, and the closure of movie theaters across the globe.

Previously, a film would have required a minimum seven-day theatrical run in a Los Angeles county commercial theater in order to be considered for the Academy’s highest honor. Now films that had a previously planned theatrical release but are made available through on-demand service may qualify for best picture and other categories.

“The Academy firmly believes there is no greater way to experience the magic of movies than to see them in a theater. Our commitment to that is unchanged and unwavering,” said David Rubin, the Academy president, and Dawn Hudson, its CEO, in a statement. “Nonetheless, the historically tragic Covid-19 pandemic necessitates this temporary exception to our awards eligibility rules.”

The Academy’s board noted, however, that when theaters reopen, the exemption will no longer apply. If cinemas begin to reopen this summer, as some are predicting, then the Academy will expand the qualifying theaters beyond Los Angeles county to include venues in New York City, Chicago, San Francisco, Miami and Atlanta.

Such a change has been a topic of heated debate as Netflix, Amazon and other streaming giants continue to pour millions into Oscars campaigns for their original films. To meet the current requirements, Netflix concurrently releases films in theaters and on its streaming platform. Theater owners criticize the tactic, arguing it disincentivizes moviegoers from purchasing tickets.

Last year, Netflix purchased New York’s Paris Theater, the city’s lone single-screen venue, in a bid to guarantee a cinema for its films to run.

Streaming platform-backed films continue to rack up an overwhelming majority of prestige award nominations. Netflix had the most Oscar nominations of any studio at 2020’s ceremony, with 24 nods, achieved through high-profile releases such as Martin Scorsese’s The Irishman and Fernando Meirelles’s The Two Popes, as well as the Scarlett Johansson and Adam Driver-led Marriage Story.

The coronavirus pandemic has prompted a growing number of studios to cancel planned theatrical runs and opt for streaming premieres instead. Paramount’s romantic comedy, Lovebirds, which stars Insecure actor Issa Rae, was set to premiere in theaters 3 April but instead premiered on Netflix on 24 April. Other big-budget Hollywood projects, including Pixar’s Onward and Warner Brother’s Birds of Prey, have premiered early on streaming platforms.

Other changes the Academy announced included combining the sound mixing and sound editing categories into best achievement in sound, to emphasize the teamwork involved.

Additionally, all Academy members are now able to vote in the first round for international feature film, the category formerly known as best foreign language film.

The board also said for a film score to be eligible in the original score category, it must have 60% original music. For sequels and franchise films, there must be a minimum of 80% new music.

The 93rd Academy Awards are scheduled to be held in Los Angeles on 28 February 2021.