The news about the attack comes just a few days after another attack, carried out by Taliban militants, in the central part of the country claimed lives of at least four security officers.

At least three people died and 15 more were injured in a terror attack in the Afghan capital, a spokesman for the Interior Ministry announced on Wednesday.

“A suicide bomber detonated his explosives among civilians in the Reshkhor area of the Char Asiab district of Kabul on Wednesday morning”, Tariq Arian said in an official statement.

So far, no organisation has claimed responsibility for the incident, which occurred during Ramadan – a holy month for Muslims.

According to Tolo News, the explosion took place at the gates of a Special Operations Command unit building.

The United States and the Taliban movement reached an agreement two months ago, in an attempt to stop the decades-long war in the Central Asian country. Despite that, the Afghan government and the militants continue clashing, as the talks between Kabul and the movement, scheduled on March, were postponed due to the global COVID-19 pandemic. 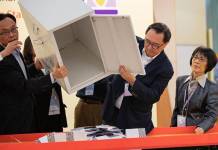