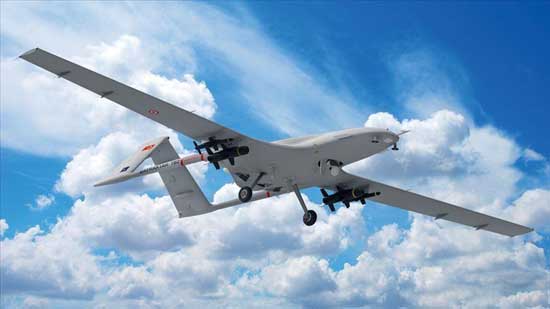 The leaflets, written in Arabic and Turkish, read: “Our dear brothers in Idlib, the Turkish army has always been with you, has always harnessed all its capabilities for you and gave many martyrs to preserve the lives and property of the people of Idlib.”

“Turkey is working hard at all levels to ensure lasting stability and to stop the flow of innocent blood and to maintain your safety in the region,” it said.

The leaflet stated that Turkey’s goal was prevent violence and to ensure that citizens who fled the fighting could return and the region’s economy could be revived by opening the major M4 and M5 highways in the province, SOHR said.

“We wish you would help the Turkish army, which works for you so that you can live safely and peacefully in your area, do not believe the lies of those who are disturbed by the calm and peaceful environment that we provide in Idlib, those who want to deceive you and spread sedition among brothers, and we will work to bring security and peace to the region,” the leaflet said.

Leafleting from the air has been used by all sides of the nine-year Syria conflict in order to influence hearts and minds, and to urge opposition fighters to surrender to the Syrian military, the SOHR said.

The Syrian government’s offensive to recapture the last opposition-held stronghold of Iblib was launched in April 2019. Turkey has deployed military force and backed opposition forces to try to halt the Syrian army’s advance, which has displaced around 1 million people.

A new counter-offensive – Operation Spring Shield – was launched by Turkey on March 1 after at least 36 Turkish soldiers were killed in an air strike at the end of February that has been attributed to Russian planes backing Syrian forces.

Turkey and Russia launched joint military patrols earlier this month along the M4 highway in Idlib as part of a ceasefire agreement made on March 5 by Russian President Vladimir Putin and his Turkish counterpart, Recep Tayyip Erdoğan, to end the fighting in the province between Turkish-backed forces and the Syrian military, which is backed by Russia.

SOHR said the leaflets come at a time when tensions are rising between Turkish-backed opposition forces and other groups such as the jihadist Hayat Tahrir Al-Sham (HTS) in the province who are angered by the presence of Russian soldiers in the joint patrols.

Clashes broke out over the weekend on the highway when a protest was being broken up, which resulted in three HTS members being killed by Turkish forces and a number of Turkish troops being injured, the SOHR said.

Talks between HTS and Turkey to end the tension are ongoing, Asharq Al-Awsat said.

On Sunday morning, Turkish forces destroyed tents in Al-Karama and reportedly fired tear gas and live rounds to open the road for the passage of four Russian cars, enabling a joint patrol. Protesters retaliated by throwing stones at the Turkish troops.

HTS targeted a Turkish armoured vehicle with a missile in the village of Al Nayrab on Sunday in retaliation for Turkish forces opening fire on HTS militants.