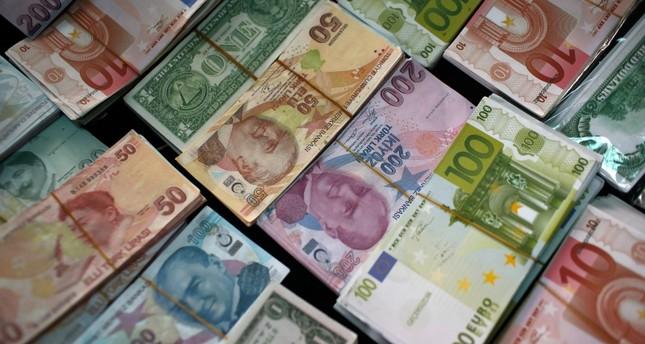 The Turkish central bank’s net foreign reserves fell to their lowest level since May 2019, Bloomberg reported on Tuesday.

The central bank has used up nearly all its foreign currency reserves, net of liabilities, after it engaged in currency swaps with state-run banks in recent months. Its reserves of dollars and euros, when subtracting the swaps trading it has already conducted with local banks, stand at less than $1 billion, according to official data.

Even after the central bank’s continued currency swaps with local lenders –receiving around $3 billion from banks through mid-April – Turkey’s hard-currency reserves dropped from $41.1 billion at the start of the year to $25.9 billion through April 17, the business news site said.

This brings “net reserves stripped of these liabilities to lenders deeper below zero”, Bloomberg said.

The economic backlash caused by the COVID-19 pandemic have seen industries come to a standstill, as private banks are unable to provide favourable lending options and the Turkish government giving what critics call insufficient funding to relief efforts.

“The subsequent drawdown in reserves has spooked investors, who worry that Turkey may not have enough of a cushion to shoulder a disruption in external financing”, the site said.

The Turkish lira traded down 0.2 percent at 6.997 as of 11:32 a.m. local time in Istanbul, which Bloomberg said was “testing a key level that state banks were defending last week after the central bank cut its repo rate by more than expected”.