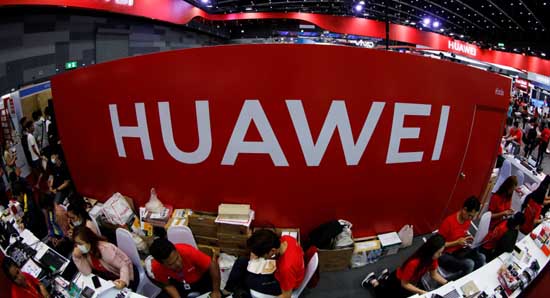 With the ASEAN Smart Cities Network now in its second year, how have ASEAN’s smart city ambitions progressed and how can these hubs be smartened up going forward? How should ASEAN balance the use of 5G amid its geopolitical tensions?

The ASEAN Smart Cities Network (ASCN) is now in its second year running. Yet smart city goals, such as the Fourth Industrial Revolution (4IR), have been overshadowed by concerns of geopolitical tensions — mainly due to the technologies, such as 5G, and standards of governance involved — and could require finetuning in a post-pandemic world.

How have ASEAN’s smart city ambitions progressed, and how can these hubs be smartened up going forward? As a next-generation technology critical to the connectivity-based and data-driven 4IR, the view is that those holding an edge over 5G will be in prime position to achieve technological, economic and military supremacy.

The past year has thus seen bipartisan attempts from Washington to exclude Huawei and ZTE — and by extension, curtail Beijing’s rising influence — from 5G networks on various grounds. These range from warnings of potential espionage and cybersecurity threats to criticism that supporting the “sinification of 5G” is tantamount to democracy’s death.

Choosing sides, however, implies that there are credible options. Current sentiments suggest that the US is falling behind on offering an alternative. Beyond July 2019’s inaugural US-ASEAN Smart City Partnership meeting, Washington has engaged the region mainly in terms of cybersecurity capacity building such as through the Digital Cooperation and Connectivity Partnership.

Recently, US policymakers floated the Utilising Strategic Allied Telecommunications Act aimed at incentivising 5G production and innovation, along with a proposed US$500 million for the Multilateral Telecommunications Security Fund. Yet a lack of 5G options is not the only factor undercutting Washington’s engagement on the smart city front.

Whereas China is involved in 500 smart city projects globally, the US has faced domestic opposition in rolling out smart cities due to, among other things, health-driven radiation and privacy concerns — potentially making expertise in and implementation of a US smart city-model abroad less likely even as prospects of US-ASEAN smart city health solution cooperation were raised.

Elephant in the Room

Conversely, excluding Vietnam, no other ASEAN member state has shut Huawei out of building national communication networks. Nonetheless, even Vietnam’s Viettel has had few qualms partnering with Huawei via its subsidiaries to provide 5G options abroad, such as in neighbouring Cambodia. Yet smart cities are not simply reducible to 5G, just as digital economy developments are not influenced by major power rivalries alone.

5G is simply the foundation: it is the data analytics and use cases that will make or break ambitions to unlock prosperity in the digital age. Considering that Western and Japanese companies retain a comparative advantage in software critical to processes such as virtual network slicing, hegemony by any party is not yet a given.

Seen sector-wise, moreover, the variation in technological providers comes to light across the smart city landscape. Japanese companies, for example, are particularly active in traffic management and transportation projects. Foothold in 5G aside, digital trade hubs by Chinese companies such as Alibaba are capitalising on smart cities as nodes of the digital economy.

Both China and ASEAN have recently signalled further cooperation on the e-commerce front, in light of COVID-19. It remains to be seen, however, whether recent events will lead to a heavier healthcare focus in Chinese smart city technology exports, such as surveillance technologies for public health purposes.

Similarly lost in the fray of major power tensions are efforts undertaken by small states to keep the focus on development rather than geopolitics. A World Trade Organisation (WTO) negotiating text on e-commerce rules, inclusive of data provisions, will not be available until June.

In the absence of multilateral consensus, ASEAN has launched discussions on digital economy issues via the Framework for Digital Data Governance and its various forums, among others. Both a formal cybersecurity coordination mechanism and regulatory pilot space for cross-border data flows were also unveiled recently.

Though ASEAN initiatives must be viewed objectively given the challenges of implementation, keeping digital trade conversations going remains a positive — as are steps to remove the more protectionist rules on data processing and storage within national borders. Whether this momentum can be maintained as COVID-19 draws attention and resources towards more immediate crisis management, however, remains to be seen.

Certain issues should be kept in mind as the smart city train keeps rolling forward: chiefly, that participatory placemaking — or the collective reinvention of public spaces — and digital cultures may require more consideration. Urban spaces are changing and being changed by new ways and meanings of being connected through intersecting digital, political and socioeconomic networks.

COVID-19 and its cures, such as social distancing measures, further spotlight a potential need to rethink hitherto density-focused urban management and remake public spaces in line with post-pandemic social norms. This, however, should be done without eliminating the connectivity and connections that make cities dynamic in the first place.

Likewise, issues of data usage and sharing, as well as other digital rights could benefit from public discussion and deliberation alongside existing corporate lobbies such as the Asian Internet Coalition.

The digital age raises several questions pertaining to, for instance, matters of authoritarian surveillance or surveillance capitalism, as well as agency to opt in or out of data collection via omnipresent technologies, whether during crises such as health pandemics or otherwise.

Emphasising cybersecurity and cyber hygiene practices aside, ASEAN must move beyond a focus on technology availability to constructing digital institutions that address data fluency — i.e. the ability to collect, analyse, use and communicate data. Similarly, building a technology maintenance culture would provide stronger foundations for the emerging network of ASEAN Smart Cities and for transitions towards a more digitally reliant post-COVID-19 world.

Without making these smart cities more navigable, convenient to use, and responsive in addressing on-the-ground needs, such projects may run the risk of turning into grey rhinos  ̶  or obvious but avoidable risks  ̶  and white elephants combined.

So now Sweden and the UK each think they were WRONG about their Covid-19 approaches. They can’t BOTH be right…

COVID-19: Hazard Pay & Why Amazon and Others Are Ending It