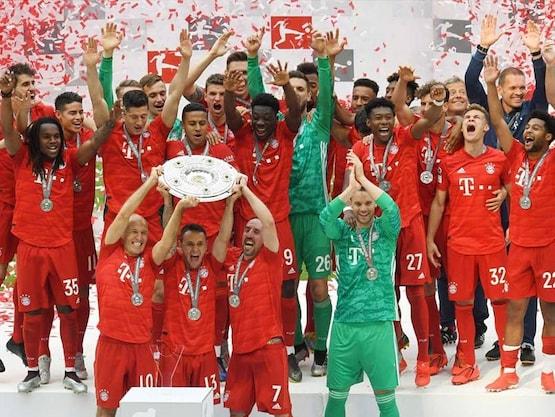 The Bundesliga is set to return to action on May 15 with Germany about to announce measures easing the current lockdown restrictions in the country.

Reuters report that the decision will be made in a teleconference with Chancellor Angela Merkel on Wednesday.

The government is expected to allow large shops to reopen, with May 11 the target date, while top-level football will resume matches under strict conditions.

Those conditions will see games played behind closed doors, with no spectators allowed, while regular testing will be carried out on players and staff.

At the same time, state premiers will allow outdoor sports for non-professionals and children.

German clubs have been training since last month, working in small groups or individually while following social distancing guidelines.

The news comes despite ten people connected to teams in the top two divisions testing positive for coronavirus.

Cologne had already announced that three people at the club tested positive for coronavirus – yet training will continue ahead of the Bundesliga’s return.

The German Football League (DFL) said 1,724 tests had been conducted on players and staff at the 36 first and second tier sides since last Thursday, who are building towards a return to action this month subject to government approval.

The DFL said the ten individuals had been isolated and that a second round of testing on all participants would take place this week as clubs build towards a return to team training.

The Bundesliga has nine sets of fixtures remaining, with Bayern Munich, Borussia Dortmund, RB Leipzig, Borussia Monchengladbach and Bayer Leverkusen all holding a chance of winning the title.

Coronavirus: The last-round fight for NYC’s bastions of boxing?