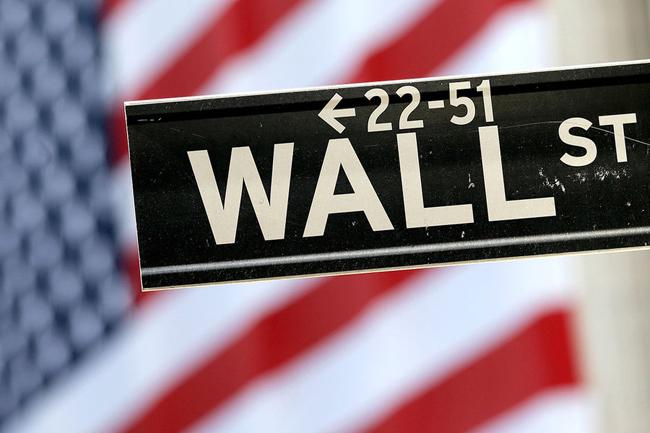 Technology stocks are continuing their nearly unstoppable run, and gains for them initially helped lift the S&P 500 toward its first three-day winning streak in more than a month.

Stocks are mixed in early trading on Wall Street Wednesday, as depressing data on the economy continues to roll in.

Technology stocks are continuing their nearly unstoppable run, and gains for them initially helped lift the S&P 500 toward its first three-day winning streak in more than a month. But losses across the rest of the market zapped Wednesday’s early rise, and the S&P 500 was virtually flat after the first half-hour of trading.

A report Wednesday morning said private U.S. employers cut an astonishing 20.2 million more jobs than they created last month, which was even more than economists expected. It sets a dour stage for Friday’s more comprehensive jobs report from the U.S. government. Across the Atlantic, the European Union said Wednesday that it’s bracing for a “recession of historic proportions this year” due to widespread restrictions meant to slow the spread of the coronavirus.

Financial stocks were the biggest weight on stock indexes, with JPMorgan Chase down 1.6% and Bank of America down 1.4%. Banks have been some of the hardest-hit stocks this year on worries that the recession caused by the pandemic will saddle them with mountains of bad loans.

Energy stocks were also down after oil prices gave up some of their gains from earlier in the week. Benchmark U.S. crude fell 3.8% to $23.62 per barrel. Brent crude, the international standard, lost 3.8% to $29.79 per barrel.

Counterweighting all that was the gain for tech stocks, which can prop up the market by themselves if their upward moves are big enough. Microsoft and Apple alone make up 11% of the S&P 500 by market value, giving their movements much bigger sway on the index. Each of them rose by 0.7%.

After being down as much as 23% for the year on worries about the pandemic’s economic hit, tech stocks in the S&P 500 have erased all their losses are now up 0.1% for the year.

The trend across stock markets has been decidedly up in recent weeks. Countries around the world and some U.S. states are allowing businesses to reopen in hopes of arresting the economic devastation, despite warnings that it could lead to a resurgence in infections.

“The view that the benefit outweighs the costs had invited the market to largely shrug off the concerns here,” Jingyi Pan of IG said in a report.

The S&P 500 has more than halved its earlier loss of 34%, which stretched from February into late March. Many analysts are skeptical about the rally, calling it overdone given uncertainty about how long the recession will last.

But investors keep focusing on the possibility that the economy will be in a less horrible place a few months from now, which would merit higher prices. China, where the pandemic began in December, has allowed factories and some other businesses to reopen. Some European governments are taking similar steps. California might allow some retailers to resume serving customers this week.

The yield on the 10-year Treasury rose to 0.70% from 0.65% late Tuesday. That’s up from its record low of below 0.40% set in early March, but it’s still well below the roughly 1.90% it was yielding at the start of the year. Yields tend to fall when investors are downgrading their expectations for the economy and inflation.

OPEC+ may meet over oil cuts this week if laggards agree to comply: sources