In his article “The end of the US-China relationship,” Stephen S. Roach, a faculty member at Yale University and former chairman of Morgan Stanley Asia, describes new shifts in the China-US relationship amid the COVID-19 pandemic. He wrote, “After 48 years of painstaking progress, a major rupture of the US-China relationship is at hand. This is a tragic outcome for both sides – and for the world.” How should both countries manage the economic and geopolitical risks of a full rupture? Is it still possible for the two great powers to regain the trust and cooperate in the fight against the novel coronavirus pandemic? Roach shared his views with Global Times (GT) reporters Hu Yuwei and Zhao Juecheng.

GT：How will the current pandemic reshape China-US relations? Will it drag the two countries into a new cold war?

Roach: My basic conclusion is that the relationship between the US and China right now is the worst that I have seen in my career, and I’ve been following this relationship for 25 years closely. I think it started with the trade war in 2018. It’s now moved into disputes over the novel coronavirus. And public opinion in the US, as measured by a Pew Research survey conducted very recently, shows bipartisan sentiment against China is as bad as it has ever been since the survey was conducted.

Also, there has been a leak of the Republican Party’s political strategy that was written up by some consultants for the presidential campaign. I’ve read this 57-page strategy document very carefully. Its basic premise on the politics of the novel coronavirus – Do not defend Trump, but attack China. Republican strategy in the upcoming presidential election campaign is very much focused on attacking China.

Many new policies are being floated consistent with this approach: Bringing back supply chains from China, renewed or increased tariffs, or the most ridiculous of all, a threat of withholding debt payments on Chinese holdings of US treasury securities.

This strategy – after a trade war and after blaming China for the coronavirus itself – leads me to believe that the relationship is on the brink of what I would call a rupture, a complete breakdown. And I don’t expect things to improve between now and the election. This is a tragedy. It did not have to happen this way. In US politics, sometimes things go in unfortunate directions. This is one of those times.

GT: Under the pressure of the ongoing presidential election, the China-bashing campaign has been a core of the White House’s blame game that many argue is used by Trump to deflect his mishandling of the epidemic in the US. In this context, how do you think China and the US can possibly cooperate in the fight against the virus?

Roach: The global order is fundamentally going to be altered by this virus. The state of global power is being challenged in a way that we have not seen since the World War II (WWII). So it’s incumbent upon us, both in the US and China, to recognize the risks of confrontation. We both need to focus more on the opportunities of cooperation and collaboration before it’s too late. I remain hopeful that there still is an opportunity to repair the damage, but I do not think that will occur before the November election. The political strategy is very clear from the Republican side. Republican politicians are going to keep attacking China with growing intensity. That’s unlikely to change on its own accord.

GT: Many argue that the virus is killing globalization as the world’s geopolitics reshuffle. What’s your opinion about this?

Roach: The novel coronavirus certainly is a global disease. That’s why we call it a pandemic. It has created major problems in all economies around the world. It remains to be seen whether or not this results in a fundamental shift of global power. But there are certainly some worrisome developments. The biggest question, in my view, is about the role of the US – whether we want to lead or turn inward. Fortunately, we have elections in our country and depending on the outcome of the election in November, our role could change and go back much closer to what it was.

GT: What courses of action should China and the US take in response to recessionary shocks from the novel coronavirus fallout?

Roach: The most important thing to address in a recession caused by a virus is to deal with the virus itself. And then deal with the economy. That’s the approach that you followed in China and you have been very successful in addressing the virus. But you’re still struggling with dealing with your economy. The production side has seemed to be recovering, but the demand side remains weak.

I think this points to an uneven recovery in the US, where we’re still trying to deal with the virus, and our economy remains extremely weak. It is because of this ongoing weakness in our economy that there has been a lot of pressure for us to end the measures that have controlled the virus, like social distancing, testing, and contact tracing. That means there’s a risk for us that by not addressing the virus as forcefully as you did in China, that our health and economic problems will continue for longer than they have for the Chinese people.

GT: Will the US policy of promoting the return of manufacturing succeed? If more and more countries are pursuing a self-sufficient industrial chain, will it result in a significant reduction in the efficiency of global commodity production and sales? Will world economic growth be affected?

Roach: Global supply chains exist for a reason, and that is to provide increased efficiency for multinational producers around the world. But even more importantly than that, they exist to allow cost efficiency to be passed on to consumers in the form of buying things for cheaper prices.

So if we begin to unwind global supply chains, we will offset efficiency improvements on both the production and the demand side of our economy. And we will all suffer as a result. In particular, consumers will be on the losing end. Their purchasing power has been increased by lower cost products reflecting supply chain efficiencies. They will lose that if we bring production back home to our higher cost domestic platform.

GT: Japan, India and the EU also have some voices calling to strengthen their own production capacity and promote the return of manufacturing. Do you think it will be a trend? Is it possible for more countries to establish their own independent industrial chains?

Roach: There is a lot of concern about potential “re-shoring” – actions aimed at bringing supply chains back home. This was explicitly included in Japan’s recently enacted stimulus package, and President Donald Trump’s senior economic adviser Larry Kudlow has suggested doing the same now for US companies operating in China. Other countries are hinting of similar actions.

That would be too bad. If this becomes a global trend, re-shoring would unwind the dramatic trade liberalization that occurred in the aftermath of the WWII. And it would again lead to higher costs for producers and consumers, a distinct negative for global economic growth.

The one thing that I think has come out of this discussion is that countries are concerned about supply chain security. That is true whether it has to do with medical supplies or even domestic supply chains with respect to food. Some of these concerns are understandable. What we have found recently is that we have taken too much “slack” out of global supply chains in our desire for efficiency enhancements. That means we don’t have enough redundancy in production to deal with unexpected shocks like a pandemic, a drought, an earthquake, or other exogenous disruptions. So maybe that’s something that we need to think about for the future, making our supply chains more slack and more flexible, thereby avoiding the adverse economic consequences of political confrontation between nations, such as the US and China. 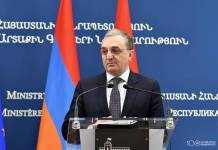