The name of Istanbul is derived from Greek, a Greek columnist has insisted after becoming upset by a statement by Turkish President Recep Tayyip Erdoğan ahead of the anniversary of the city’s fall to the Ottomans on May 29, 1453.

The article by columnist Philip Chrysopoulos in Greek Reporter was triggered by Erdoğan’s recent statement that Istanbul will never again be called Constantinople, the city’s name until Turkey’s Republican period and which Greeks still use.

“However, the Turkish President is probably unaware that even Istanbul is a name that the Greeks actually gave to the city. Specifically, ‘Istanbul’ derives from the Greek phrase ‘Is tin poli,’ which means ‘into the city’,” Chrysopoulos said.

“In fact, throughout the many centuries of its existence, Greeks had referred to Constantinople as simply ‘Polis’ (City). When one was going to the Polis, they would say ‘Is tin Poli’ – a phrase which morphed into the modern term Istanbul,” Chrysopoulos said.

Although the Ottomans had unofficially called the city Istanbul for years, the official name change took place in 1930, after the establishment of the modern Turkish Republic.

Chrysopoulos said that, for Greeks, the city will always be known as “Constantinople”, and – in a statement that many might well consider ignorant and racist – he dismissed the fall of the Byzantine city to the Ottomans as “the beginning of almost 400 dark years”.

The origin of Istanbul’s name is a subject of debate among historians. For some, arguments over the names of the city or of the future uses of one of its most famous Byzantine landmarks, the Hagia Sophia, are tiresome and chauvinistic expressions of rival nationalisms – both Greek and Turkish.

Nicholas Danforth, senior visiting Fellow at the German Marshall Fund, wrote in Apollo Magazine in 2019 that the Hagia Sophia in particular continues to serve as a vehicle for competing civilisational chauvinisms. 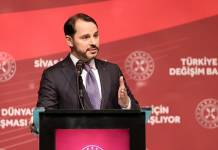