False killer whales, generally found in tropical and temperate waters of major oceans, have been spotted in northern Aegean Sea for the first time in 25 years.

Eight false killer whales floating in open sea some 6 miles away from Imbros island were recorded by a fisherman.

“There are 89 different whale and dolphin species. Thirteen of them can be seen in Turkish waters. For the last 30 years, there were less than 20 records of these whales in the Mediterranean. In the Aegean Sea, this is the first time in 25 years,” added Tonay.
False killer whales are the oceanic dolphins generally found in deep, offshore tropical and sub-tropical waters.

As Imbros has one of the deepest points in Aegean Sea, Tonay said it is normal to see false killer whales around the island.

“A group of this kind were detected in shores off Lebanon and Israel last week. Observations of these mammals brings us source to understand and protect these species. Scientists in the 1800’s named them ‘false killer whales’ as their skulls were like the ones of killer whales.”

Tonay, with three colleagues, announced the finding in a scientific article to the world.

Violence is Not Going to End Until Floyd’s Murderers in Custody, Says Minneapolis Riot Eyewitness 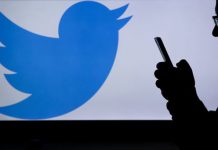