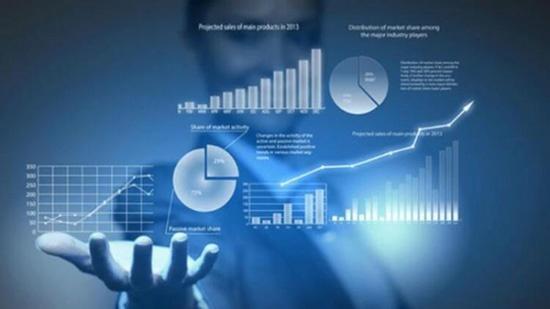 Trader anxiety has earned a reprieve, with oil markets dodging one of many bullets after a key U.S. benchmark oil futures contract avoided a repeat of the April fiasco that saw oil futures land in negative territory.

The June WTI Nymex contract finished higher than the front-month July contract, marking the first time in months that the market shifted from contango to backwardation.

Meanwhile, the July contract, which is the most actively traded, rallied 7.2% on Monday and 1% on Tuesday.

The developments are a welcome bullish signal that the formidable headwinds of a massive supply glut, lackluster demand, and limited storage facing the crude oil markets could be easing.

Tyler Richey, co-editor at Sevens Report Research, has told MarketWatch that the move to backwardation shows that “… there’s strong demand for physical crude as well as available storage to take delivery”.

The CFTC recently fired a warning at traders, clearinghouses, and brokers that oil prices could slip into negative territory again. The historical event that happened in April was triggered mainly due to a lack of storage at Cushing, Oklahoma, where U.S. Commodity Funds, LLC (USCF), provider of the United States Oil Fund LP (NYSEARCA: USO) fund, was supposed to take physical delivery of crude.

A new report by the International Energy Agency (IEA) indicates that global demand for crude in April fell a staggering 29 mb/d, the biggest one-month drop in the history of the market.

Thankfully, the considerable production cuts by OPEC+ and independent producers in the U.S. and other nations appear to be working to help return the situation to normal.

The agreed cuts of 9.7 mb/d by OPEC and Russia kicked in in May while IOCs in the U.S. have been cutting production much faster than expected, remaining on course to cut ~1.7 mb/d by the end of June. Crude production from the United States’ seven major shale formations is expected to fall by a record 197K bbl/day in June to 7.82M bbl/day, marking the lowest level since August 2018.

On Monday, the American Petroleum Institute (API) reported a draw of 4.84M barrels of crude for the week ending May 15, effectively snapping a 6-week streak of consecutive builds.

The natural gas situation is also steadily improving, with the EIA forecasting that U.S. natural gas output is set to fall for a 7th straight month to 81.5B cf/day in June, or nearly 800M cf/day below the May forecast. Meanwhile, there’s a slow but steady rebound in energy and fuel demand across the globe as economies gradually ease their Covid-19 restrictions.

And it all seems to be paying off.

The energy sector has topped the U.S. market leaderboard with energy equities gaining 61% since their March 23 lows thanks to crude prices posting two months of continuous gains.

According to Phil Flynn at Price Futures via MarketWatch, “Pent up demand, stimulus and a historic production cutback is unleashing economic optimism and real oil demand.”

Does all this mean the oil market is now out of danger? Yes, and no.

First off, negative oil prices do not appear to be an immediate danger. That’s the case because USO, the world’s largest oil fund, recently changed its modus operandi by moving most of its allocations from the front month to other months.

For instance, instead of having all its funds in the July 2020 contract, USO has now allocated only 15% of its money to the July contract; 15% for August, 15% for September and 15% for the October contract while allocating 5%, 25% and 10% for the November, December, and January 2021 contracts, respectively.

This rebranding removes a lot of the short-term risks, which is important when the markets are as volatile as they are right now.

That said, the overall market trajectory will continue to be dictated by the forces of supply and demand.

It’s quite worrying that some U.S. shale producers could be about to undo the good work, with Bloomberg reporting that as much as 25% of oil volumes that feed Energy Transfer’s pipe network in the Permian Basin’s Midland region that had been shut have been turned right back on. As Bloomberg’s oil strategist, Julian Lee, cautioned, easing the production cuts too soon could trigger a second oil price collapse.